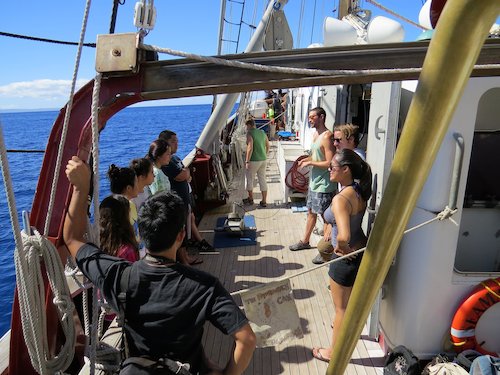 The program is part of a three-year, place-based initiative that began in 2013, with year-round programs that are offered free of charge to Lanai residents and those interested in Lanai history.

“It has taught me to remember how our kupuna once lived — to cherish the ways of the past, to preserve ancient sites, to malama ‘aina and to make a difference for the island,” said an LHES 11th grade student. “I realized that Lanai is more unique than I thought it was. Some islands don’t have access to historical sites like we do. Some don’t have the bond with their community like we do.”

Students completed a series of cultural landscape and literacy workshops in which they studied Hawaiian language as well as historic literature documenting the practices, beliefs and changes that occurred on Lanai over the past 180 years.

Field work activities included surveying a traditional Hawaiian fishpond at Waiaopae along the windward shore of Palawai Ahupuaa, mapping ancient loi kalo and other cultural-archaeological resources in Maunalei Valley, exploring the marine environment with Hawai‘i Pacific University marine biologists, and visiting the Sea Education Association’s 135-foot research sailing vessel. At the end of the three-week program, students also partnered in the development of resource management plans, sharing their ideas on how to care for the honua ola (living environment).

“It was an inspiration to see, through a revival of traditional knowledge, history, and sense of place, E ‘Ike Hou Ia Lanai inspired our students to embrace the wise use of resources, stewardship and cultural sustainability,” said Kepa Maly, director of the program and vice president of culture and historic preservation for Pulama Lanai. “We are grateful to all our partners for helping us create this learning experience in our community.” 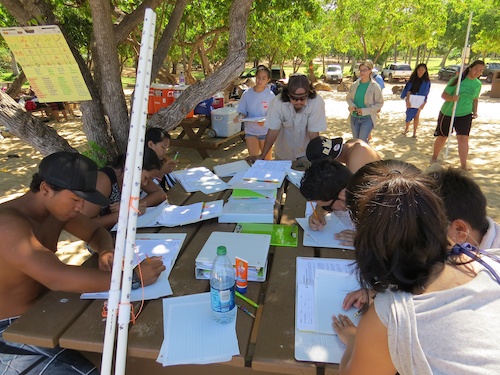