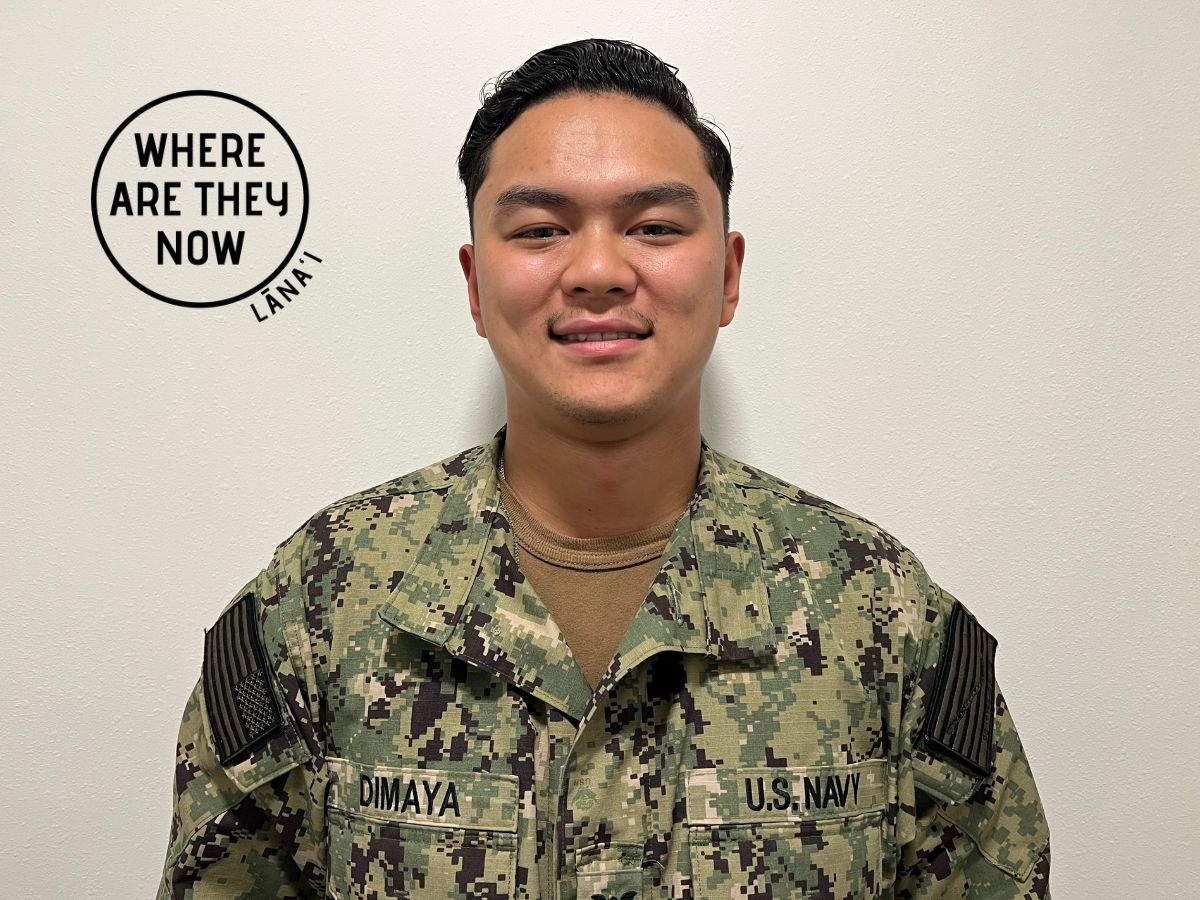 When Blaise Dimaya graduated from LHES in 2017, he had a plan. He knew that joining the military would provide him with great opportunities and benefits. That’s why a month after his graduation ceremony, he packed his bags and headed off to boot camp.

Blaise started his career with the military in Chicago, Illinois, at Naval Station Great Lakes, the Navy’s largest training station. By himself in a completely new environment, he found it challenging to adapt at first. Fortunately, it didn’t take him long to connect with his fellow trainees, building friendships that he still maintains to this day.

Upon graduating from the program in October, he moved to Pensacola, Florida, receiving an additional 17 weeks of training in basic aviation theory and related skills to become an aviation support equipment technician (AS). These technicians play a critical role in keeping the Navy planes in the air, operating and maintaining all the ground support equipment. With his final round of training done, Blaise was assigned to his first ship based in San Diego.

The USS Carl Vinson is the third Nimitz-class nuclear-powered aircraft carrier and one of 11 operational aircraft carriers in the Navy today. While aboard the Carl Vinson, Blaise had the opportunity to travel the Pacific. While day-to-day life on the ship wasn’t exactly something to write home about, the countries he visited are a different story. Of the places he got to see, Vietnam was the most notable. From the people to the food to the scenery, Blaise loved it all. The atmosphere reminded him of home. Since then, he’s completed a tour with the USS Nimitz, the lead ship of the Navy’s Nimitz-class nuclear-powered aircraft carriers, and is now stationed at a fleet readiness center on Whidbey Island, Washington.

Between deployments, Blaise tries to visit Lanai where his parents and younger brother still live. In the early part of his career, he was able to make a trip back every six months, but the time between homecomings grew as he got busier. The last time he was home was three years ago. He misses how close everything and everyone is. In particular, he misses the more relaxed pace of life on the island, as well as fishing and hunting.

Despite its challenges, Blaise believes the benefits of life in the military more than make up for it. For anyone wondering if they should pursue a life in the armed forces, Blaise says, “Go for it!”