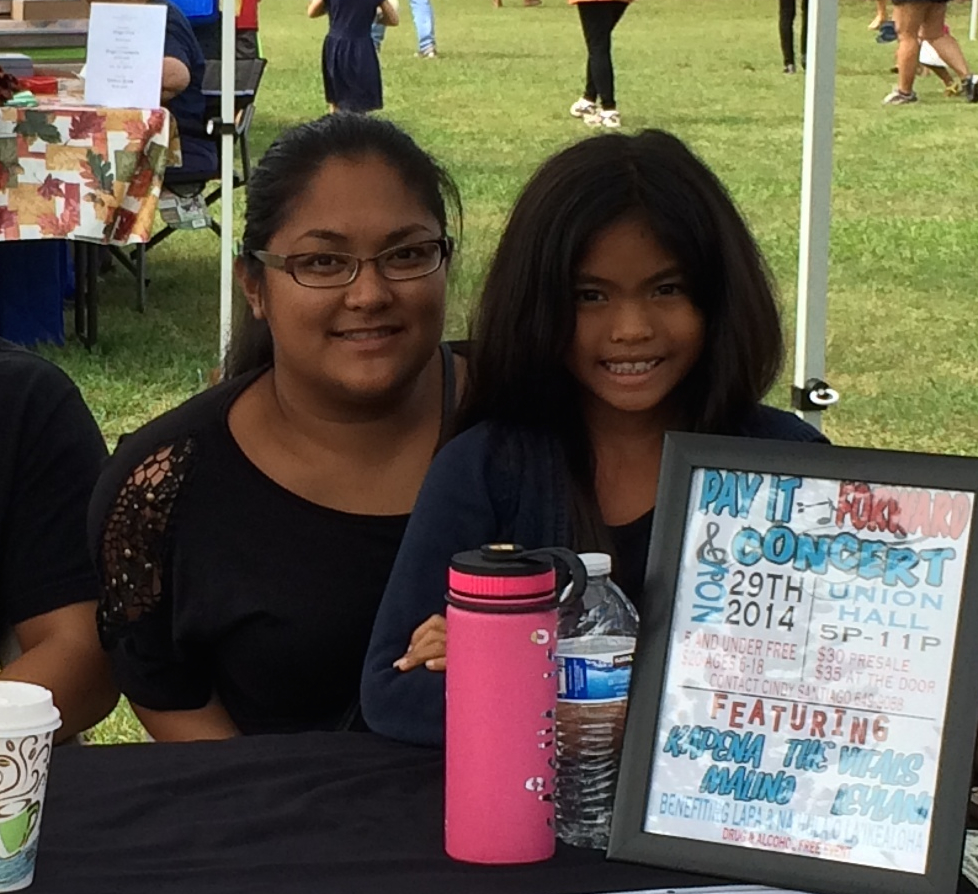 One of the biggest complaints of today’s leaders, both in the business and nonprofit sectors, is that there aren’t enough young adults willing to step up, take the reins and assume leadership positions. That’s not the case for 30-year-old Cindy Lou Santiago, who recently launched one of Lanai’s newest nonprofits, is close to obtaining an MBA, and, oh yeah, has three young daughters all under the age of nine.

Cindy believes strongly in giving back, for her children and the people she’s grown up with. She’s familiar with the challenges nonprofits on Lanai face, having worked at Lanai Community Health Center since 2011. She joined their team as a part-time accounting clerk, and was quickly offered a full-time accounts payable position. She was then placed on a two-year path to become the organization’s chief financial officer. But in less than one year, Cindy had proven herself and was promoted to CFO as well as IT director.

Her first board position came in 2012, when she joined the Lanai Federal Credit Union, which has maintained a loyal customer base for more than 75 years. With her bachelor’s degree in accounting, her MBA soon to follow, and her experience at LCHC, Cindy’s skills have been an asset to the board during a time of change and transition for the credit union.

Paying it forward with Haawi Nui

From there, Cindy banded with a group of close friends to found Haawi Nui. “We’re young, but we all believe it’s important to get involved in the community,” said Cindy. “Haawi Nui means ‘to give a lot,’ and that’s what we want to do — bring family-friendly events to the community, and raise money to benefit the programs that give opportunities to our children.”

Their first event was a concert for Typhoon Haiyan relief, which they planned in 10 days. Next, the members of Haawi Nui aimed higher with a concert that drew a crowd of more than 300, and raised $5,000 for Lanai Baseball Academy, Pineapple Wrestling and Lanai Tiger Shark Wrestling. Now, thanks to their hard work and connections in the local music industry, they’re planning their biggest event yet. Lanai will soon be jamming to an all-star lineup of local musicians, including Kapena, Malino, The Vitals and Leylani.

“We received a grant from the Lanai Community Association for our next concert, called Pay It Forward, on Nov. 29. It will benefit Lanai Academy of Performing Arts (LAPA) and Na Hula O Laikealoha,” said Cindy. “We are so excited to bring such well-known acts to Lanai and give everyone a chance to come out and have fun together. Our events are drug and alcohol free, so they’re for the whole family.”

Family is Cindy’s driving force — her nine-year-old daughter is in LAPA and Pono softball, and she has two younger daughters, ages two and three. “They’re what it’s all about. I learned a lot from growing up on Lanai and I want to see this place get better and better for them. It’s our turn now,” she said. “We (my generation) need to take a role in building our community.”