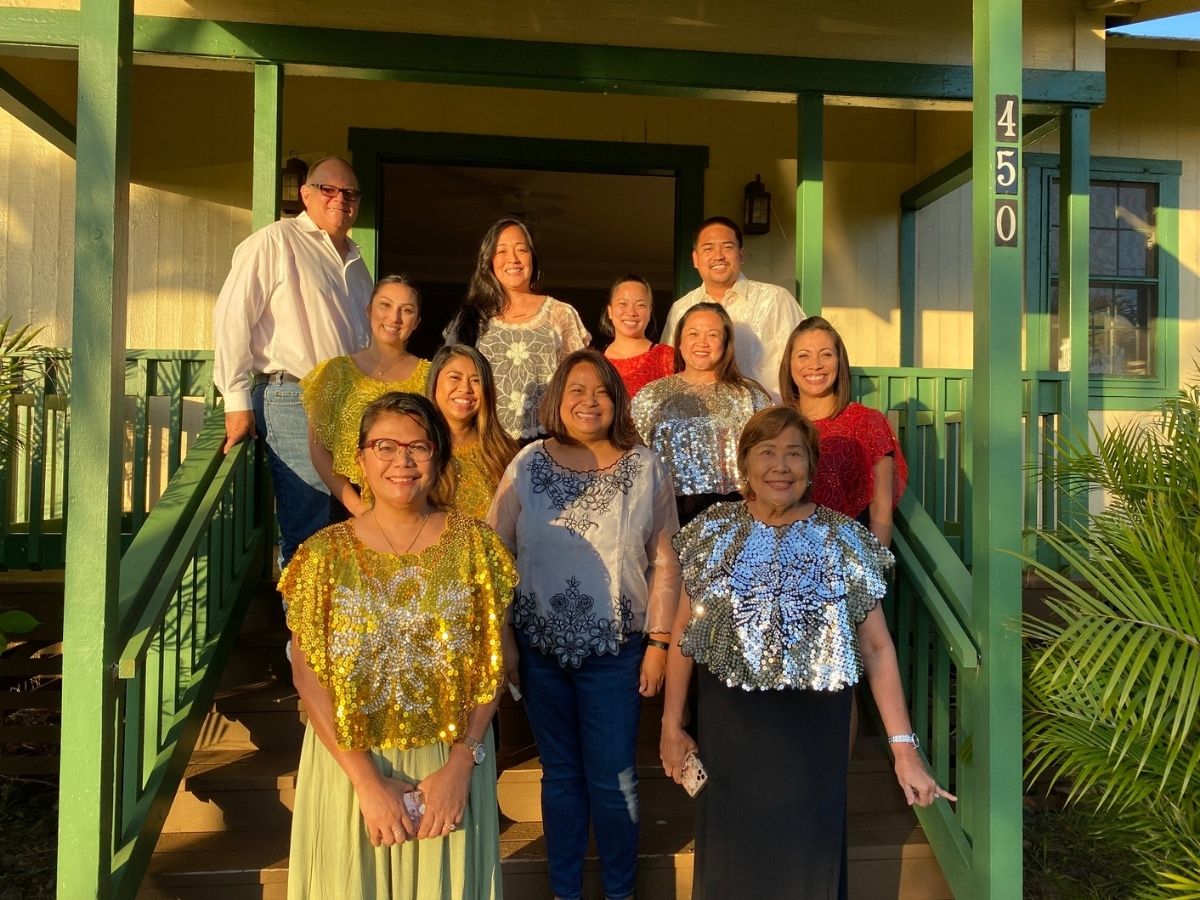 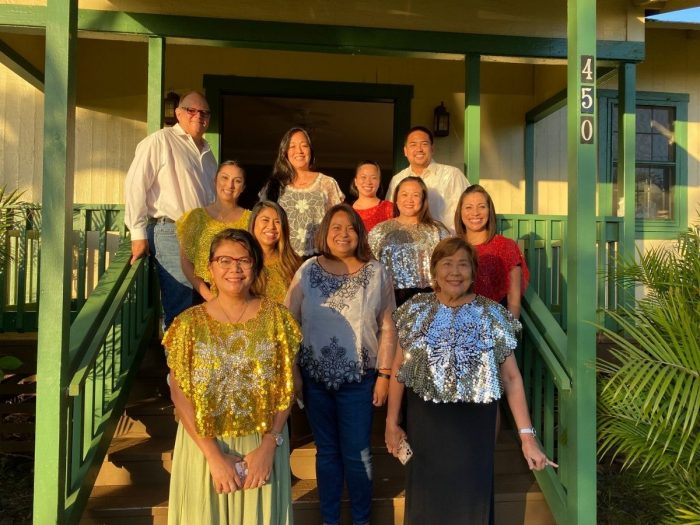 Growing up during the plantation era on Lanai, Noemi Barbadillo was exposed to a very active Lanai Filipino Community Council. The organization was headed up by sakadas, laborers who immigrated to Hawaii between 1906 and 1946 to work on pineapple and sugarcane plantations. The council helped Filipinos put down roots on Lanai, engage in civic activities and paved the way for Filipinos like Barbadillo to take part in culture and community.

“I wish everyone knew how much the Community Council was involved in the community when we were growing up and the impact it made on sports teams, children growing up, politically, promoting beauty and talent, and the camaraderie that resulted from all of the events that the LFCC sponsored,” said Barbadillo.

Grateful for the positive impact that the Lanai Filipino Community Council had on her life, Barbadillo is now looking to give other Filipinos on Lanai the same opportunity to connect with their culture and community. This past May, Barbadillo, along with ten other dedicated and energetic community members, were sworn in as officers and board members of the new Lanai Filipino Community Coalition (LFCC). The newly formed group hopes to positively impact the Filipino community on Lanai through its mission: to preserve, promote, and cultivate the rich heritage, culture, and customs of the Philippines from the past into the present and to empower members to engage in the community to enhance the quality of life and perpetuate the legacies of Filipinos on Lanai.

“I want to be able to give today’s youth this opportunity to be part of something great ­– to be among Filipinos that inspire and encourage, and most importantly empower young Filipinos to make a difference.”

For Kathleen Costales, the new LFCC allows her to follow in her parent’s footsteps. She remembers growing up on Lanai and watching her parents take part in programs like fiestas, pageants, and community parades that the previous Lanai Filipino Community Council would put on. It’s also a way to make sure that the Filipino community is aware of changes happening on Lanai. “There are many changes happening on the island,” said Costales. “We want to bring together a strong community, make sure we are heard, and give our community a voice.”

The coalition is just getting off the ground, but it has already updated its bylaws and started work to transform the kitchen in the Filipino Clubhouse into a commercial kitchen for the community to use. It’s also partnering with the Maui County Workforce Development Board to offer workshops that will help coalition members gain professional and personal development skills. In the future, the coalition hopes to introduce ongoing events and educational resources as well as partner with other organizations to provide programs that unite all Filipinos on Lanai.

One of the coalition’s immediate goals is to build a strong membership. It will host a drive-by membership drive on October 31 starting at 10 a.m. at the Filipino Clubhouse, on the corner of Jacaranda and Fifth Street. All members of the Lanai community are invited to come down to learn more about the LFCC and ways to get involved, whether it be through membership or volunteering. “One of the first things people ask about becoming a member is what do they get,” said Costales. “It may not be a physical thing, other than a t-shirt, but it’s more about representing your culture and making sure you have a say for your community.”

“We want to make sure that as the LFCC, we stand united in support of issues that affect us, our children, and our grandchildren,” said Barbadillo. “That what we do today will have a lasting impact on the community – just like the impact left by the sakadas.”