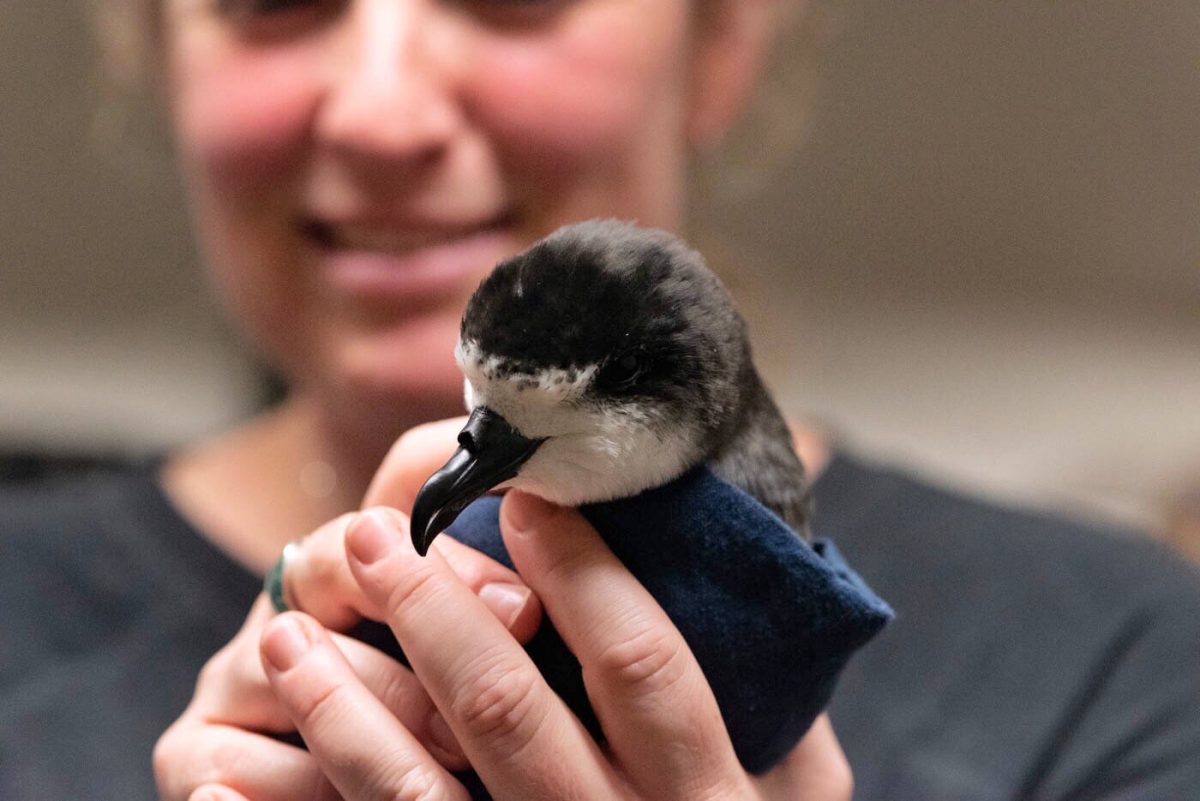 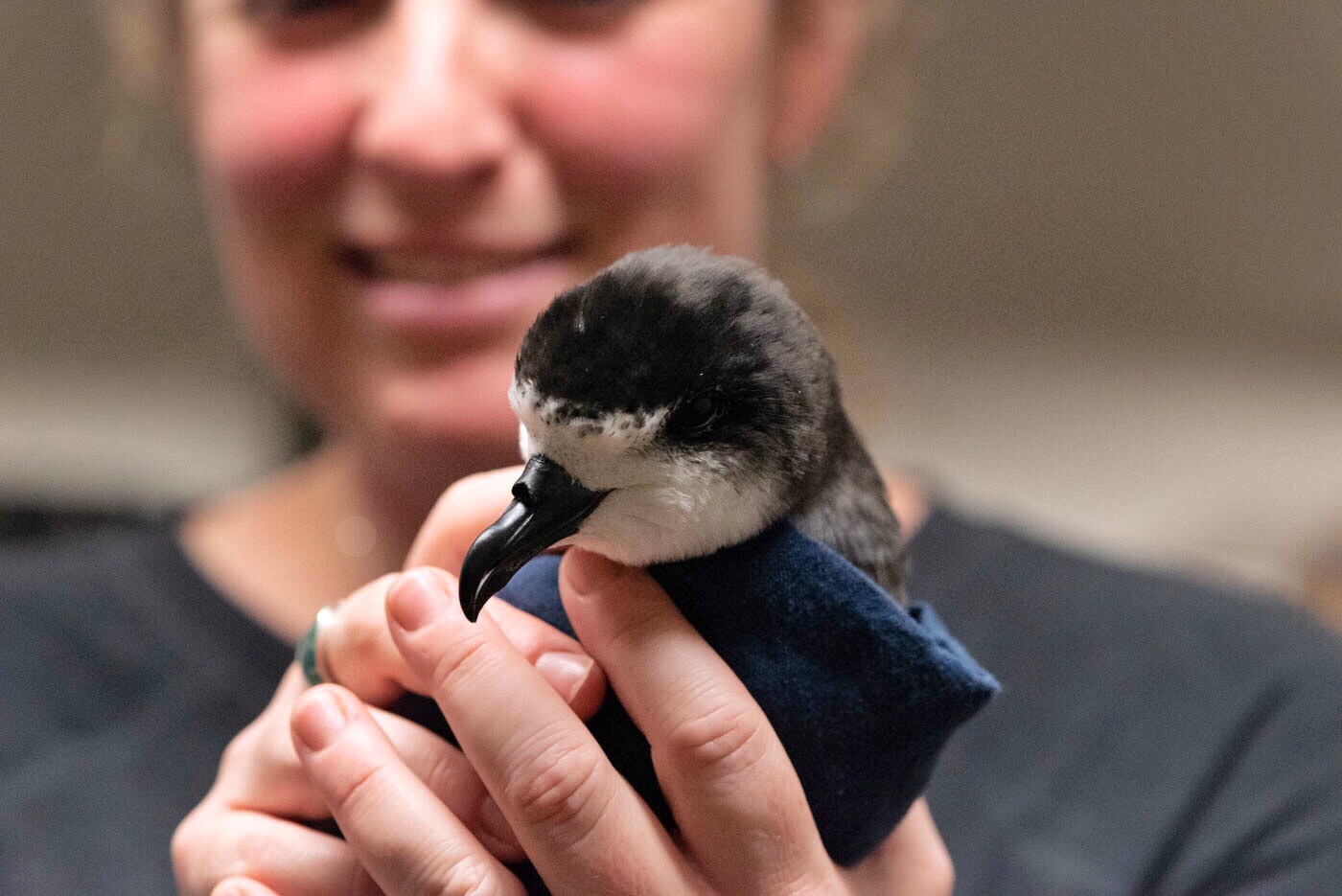 If you see a seabird in Lanai City or by the Four Seasons, chances are it’s in trouble and needs a little help.

Hawaiian petrels and wedge-tailed shearwaters are native seabirds that raise their young in colonies on Lanai. When the baby birds are strong enough to leave the island for the first time, they can lose their way and end up by the city, with almost no chance of getting back to the water on their own.

When this happens, watchful residents are encouraged to do their part to keep our seabird population safe.

Hawaiian petrels make their home atop Lanaihale, while wedge-tailed shearwaters can be found along the coast near the lookout to Puupehe.

These special birds can spend months at sea, but return home to breed and care for their young from March to November. Every year during the holidays, a new generation of petrel and shearwater chicks leave the nest and head out to sea.

The young birds look for the light of the moon shining off the water at night to find their way to the ocean. However, they can get distracted by the artificial lights from Lanai City or the Four Seasons and fly inland, where they circle the lights until they become exhausted and fall from the sky.

The “fallout” period when this is most common is anywhere from September to December. This past year, residents reported seven chicks during the fallout period.

On the ground, the birds can fall victim to a variety of dangers, from passing cars, to dogs and cats, to exhaustion and dehydration.

“Leaving the island for the first time is a stressful situation for these little birds,” said Dr. Rachel Sprague, director of conservation at Pulama Lanai. “If you see them anywhere near the city or roads, they’re lost and need our help.”

How to help lost seabirds

If you see a little bird in or near the road while driving or walking, stop if you can. Call Pulama Lanai’s conservation department at 808-563-0013 and let Sprague know where the bird is located.

Describe the bird: does it have a mostly black head, black bill and half-black feet? If so, you’ve probably found a Hawaiian petrel. Wedge-tailed shearwaters have pink feet, gray bills, and gray heads.

If the bird is in immediate danger, such as in the middle of the road, you can move it if doing so doesn’t threaten your own safety. Use gloves or a towel to gently pick up the bird and place it somewhere safe, such as a cardboard box with a towel or somewhere out of the road. Beware, they have sharp beaks and can peck your hands!

“Don’t offer food or water, as they probably won’t eat or drink it, and don’t move the bird if you don’t have to,” said Sprague. “We don’t want anyone to get pecked! Usually it’s safer to just call, and someone from the conservation team will be there in a few minutes to assess the chick’s health.”

Sprague warns not to move any chicks on the trail to Puupehe at Hulopoe, as this is where wedge-tailed shearwaters have their burrows. The chicks are likely very close to home, and not in danger.

When called to the scene, the conservation team carefully evaluates the health of every chick they find. Sometimes, the birds are simply tired, hungry or thirsty. Sprague’s team offers fluids and food and releases the birds on their way.

If the birds require a little more care, they may be sent to the Hawaii Wildlife Center on Hawaii Island, which has more extensive resources to nurse the birds back to health.

Once the birds have grown, they come back to their home to continue the cycle of raising their own chicks. While other islands such as Kauai have seen a decline in their seabird population, Lanai continues to have one of the largest Hawaiian petrel colonies in the world.

“The Hawaiian petrel is only found in Hawaii. Lanai in particular is so important to the Hawaiian petrel population,” said Sprague. “If we protect our chicks leaving the island, they will return to Lanai when they’re ready to breed. People on Lanai really care about the birds, which makes it special.”