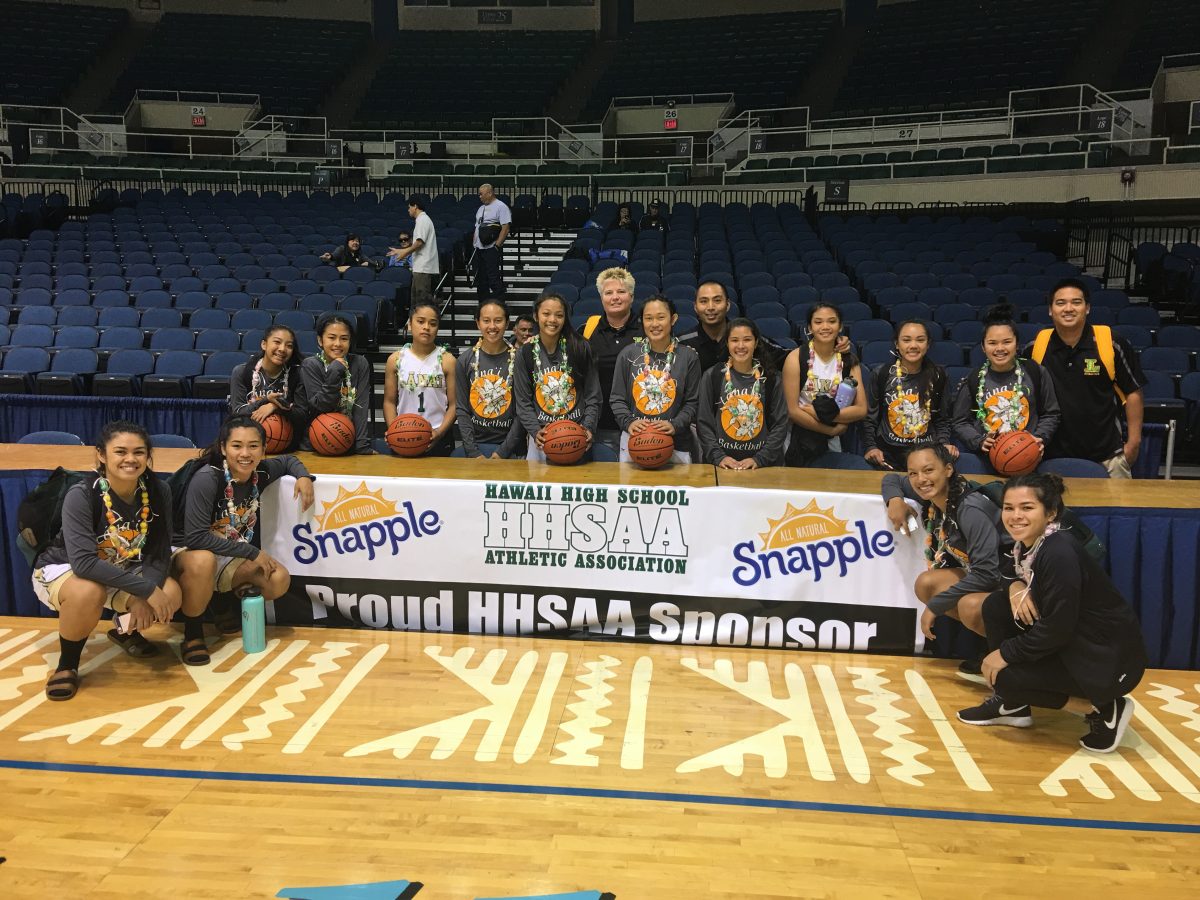 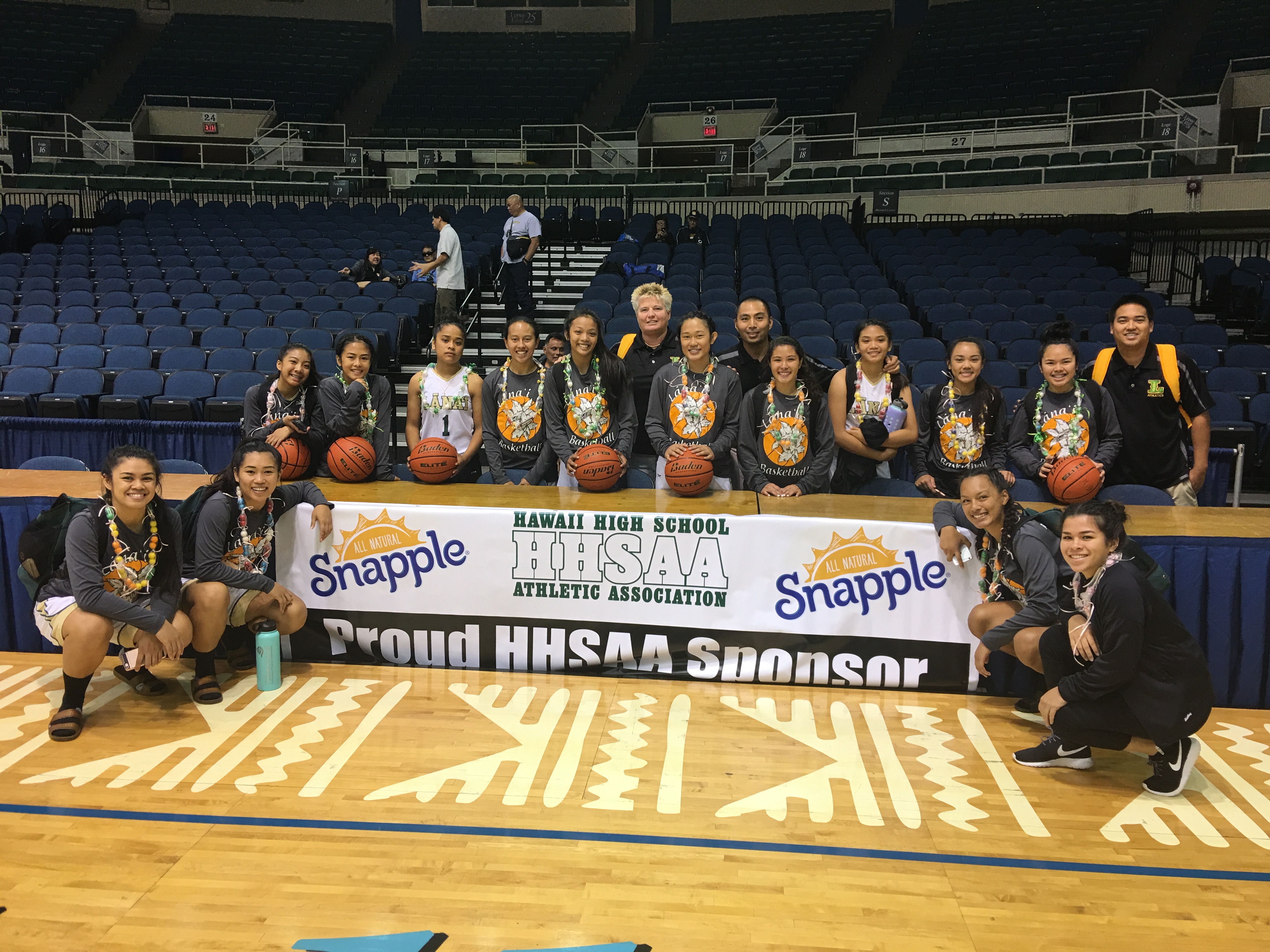 The Lanai High girls basketball team had a winning season and qualified for the state tournament in 2017.

For the players and coaches of the LHES girls’ basketball team, the 2016-2017 season was a big success. The Pine Lasses finished the regular season with a winning record and qualified to compete in the 2017 Snapple Girls High School Basketball State Championship for the second time in three seasons.

The Road to the State Tournament

Qualifying for the state tournament in 2017 required teamwork and commitment from the Pine Lasses. Like many LHES sports team, the players and coaches had to travel off island to compete against other schools.

“During the season, we spend a number of weekends traveling,” explained head coach MaryLou Kaukeano. “The athletes and coaches may spend 96 hours together traveling, playing games, eating meals, etc.”

While the athletes had to travel extensively during the season, they did get the benefit of home court advantage this year. In December, the Pine Lasses hosted a tournament in the Pedro Dela Cruz Gymnasium at LHES. Teams from the Big Island, Maui and Oahu traveled to Lanai to compete in the tournament.

“The outer island tournaments helped us get more competitive but our Lanai tournament was my favorite by far,” said Tyana Soberano, one of the team captains. “We won most of our games and we were playing together – we almost beat a D1 team!”

The Pine Lasses finished the regular season with a record of 6-4 to qualify for the state tournament, where they competed against schools from across the state. The athletes rallied to an exciting win against Kohala in their second game, which earned them a spot in the consolation round. The team finished eighth overall in the tournament.

“Our goal this year was to make it to states, which we did,” says Coach Kaukeano. “We focused on improving our offensive execution and teamwork, and the athletes learned to play very well together.”

From High School to Collegiate Sports

Going to the state tournament was the season highlight for Soberano, who is a power forward and one of four seniors on the team. She hopes to continue playing at the collegiate level, and recently returned from a recruiting trip to Seattle.

When asked to reflect on her high school basketball career, Soberano acknowledged the dedication of her coaches.

“I would like to thank Coach Mary and Coach Chris – they taught me how to play the game the right way and they really helped me improve my shooting. They got me into a position that I now love playing,” said Soberano.

To her teammates who will be playing for the Pine Lasses next year, Soberano encourages the athletes to participate in preseason training and she hopes they can build on their momentum and continue to improve their teamwork.