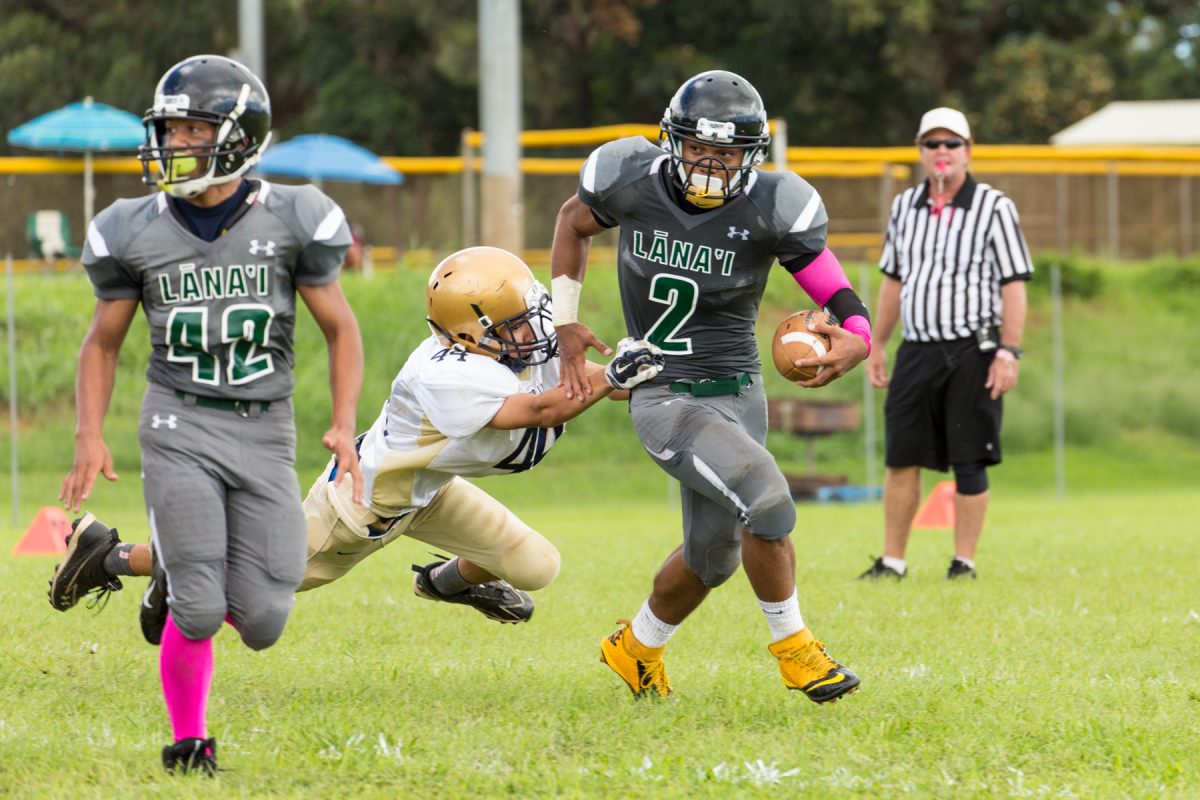 The Lanai High School Pine Lads continued to live up to this season’s motto — One Team Making History — with their thrilling win over Maui’s St. Anthony on Oct. 25 in their first taste of post-season play.

Ryan Amby was on fire in the first and second quarters, scoring three touchdowns on long passes from teammates Derek Kahananui, Tavian Del Rosario and Brenden Alejado. Alejado then showed off his speed with a 16-yard run for a touchdown in the second quarter. And in the fourth, Del Rosario threw another perfectly placed pass — this time to Kahananui for the last touchdown catch of the game.

“This season has exceeded our wildest expectations,” said Roderick “Sumi” Sumagit, LHES’s athletic director. “A few years ago, the team was just an idea in our heads — no equipment, no players, no games to attend. The community has really come together the past few months to cheer on our boys all the way to the playoffs!”

The 3–2 Pine Lads have little time to rest. They’re heading to Maui on Oct. 30 for the semifinal game against undefeated league champs Seabury Hall. If they win, the championship game will be held on Maui on Nov. 6.

“We’re ready to face Seabury this week,” said head coach Stephen “Fergie” Ferguson. “The boys have practiced and played hard this entire season leading up to our most important game yet.”

Catch the action at War Memorial Stadium in Wailuku at 6:30 p.m. on Thursday, Oct. 30. Or, listen to the live broadcast on KNUI AM 900 and ESPNMaui.com.