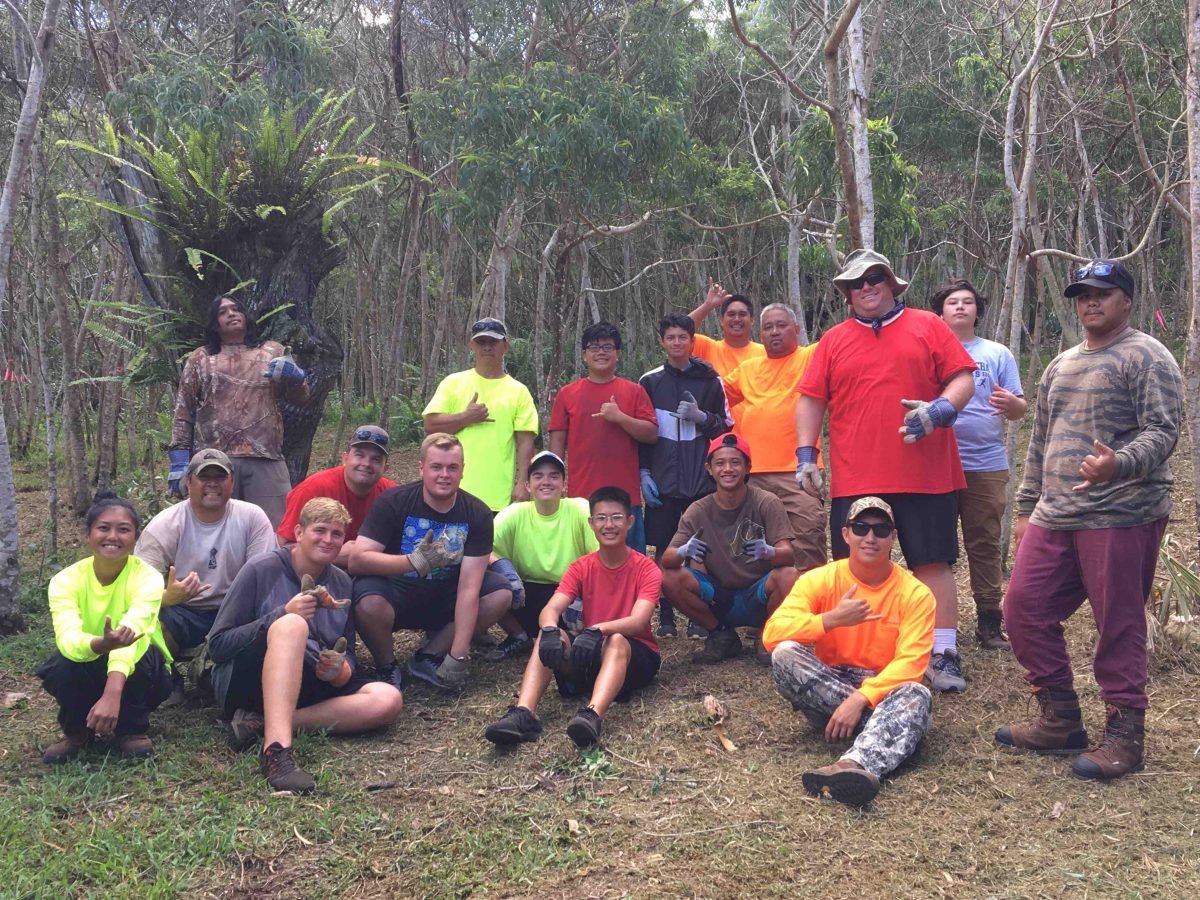 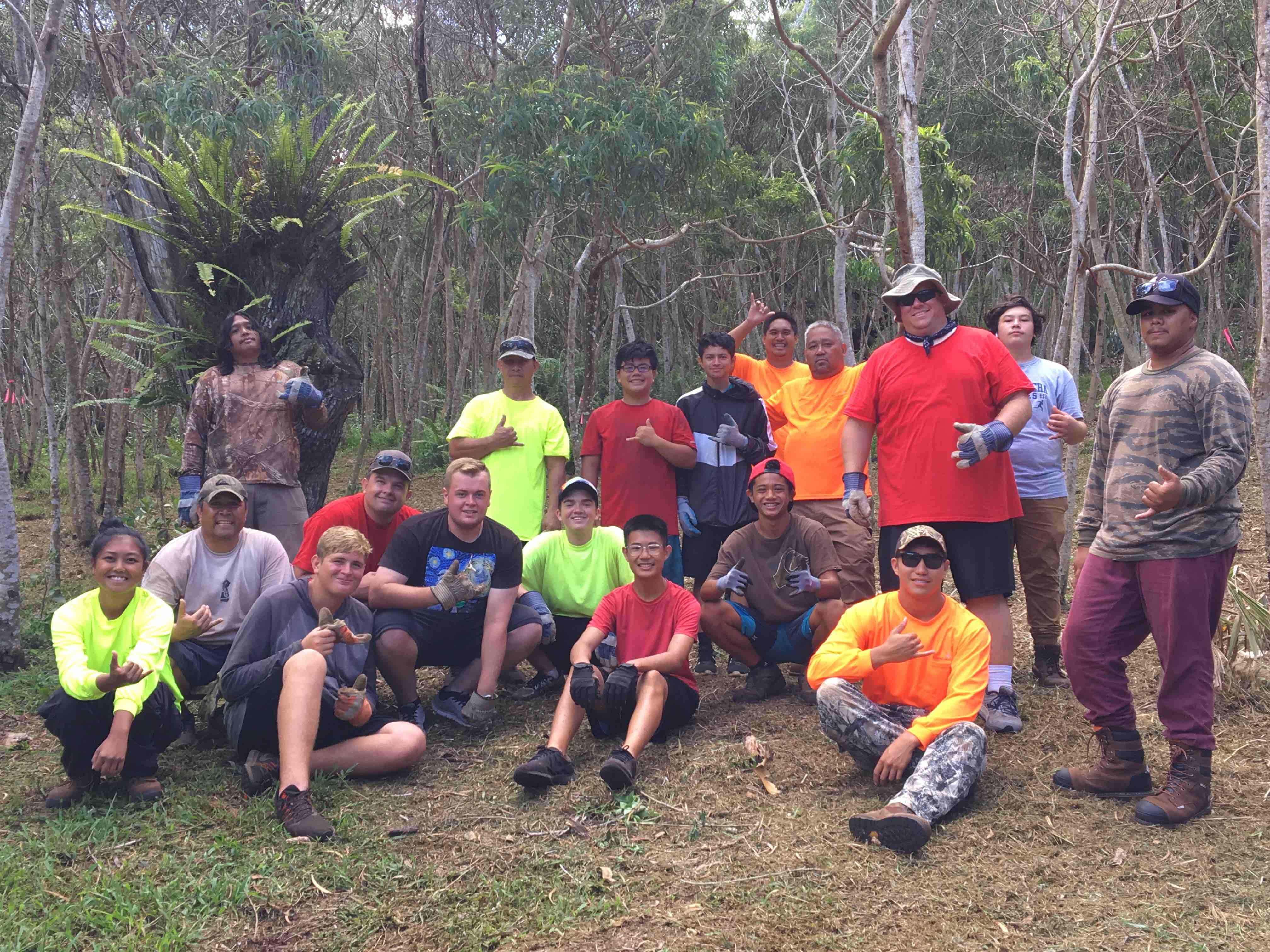 A team of Boy Scouts and Scout leaders from Oahu spent five days on Lanai in July, camping, volunteering, and experiencing some of the island’s most beautiful and treasured spots.

This trip was special for Boy Scout Troop 137 out of Pearl City because it was everyone’s first time setting foot on Lanai. Church members Ron and Naomi Ikari helped to connect the group with different Lanai residents and organizations for a jam-packed trip centered around service and land stewardship.

During the first few days of their stay, the six young men worked with Kaleo Ropa and crews from the Pulama Lanai Culture and Historic Preservation and Natural Resources departments to restore the wall of the Waiaopae fishpond. The boys and chaperones spent time passing rocks and learning about the restoration efforts as well as the fishpond’s significance in Hawaiian culture and the Hawaiian way of life.

After working on the wall, the group did a beach cleanup and made trails with mulch from kiawe trees. During the cleanup they found trash, old fishing gear, and even a beach ball that had floated from Kaanapali.

On Thursday, the boys headed mauka and worked in the koa forest with a team from the Department of Land and Natural Resources. They took out invasive species and dead koa trees to make room for young shoots. During the week, they also helped a Lanai resident clear overgrown shrubs, trees and weeds from his yard, assisted the Hulopoe beach park rangers and the Manele Harbor agent rake leaves, and made visits to the Lanai Culture & Heritage Center.

Troop 137 Committee Chair Kyle Ho was one of the leaders who accompanied the youth on the trip. Through the different service projects, he hoped to teach the scouts that small acts of stewardship can add up. “Although we might just be individuals doing little things here and there, we can all do our part to serve the community and improve the world we live in,” Ho explained.

Ho said he knew that the scouts worked hard during the day because the boys went straight to sleep at lights out. “During most camping excursions they are usually pretty talkative late at night, but since we were so active during our days, everyone went quiet at bedtime,” Ho observed.

The boys were able to squeeze in some play time and added to their biking merit badge while pedaling out to Kaiolohia. After stopping by Keahiakawelo, they went snorkeling in Manele Bay and went hiking near Puu Pehe.

Ho says the next focus for the troop is working towards the Eagle Scout, the highest achievement and rank attainable in the Boy Scouts program.

Ho said the trip left a big impact on the group. “Our little troop put in 143 hours of service during our one-week stay on Lanai,” he said. “Lanai is such a beautiful place and the people were unbelievably kind and helpful. The aloha from the residents was so strong and we learned so much from everyone we met.”