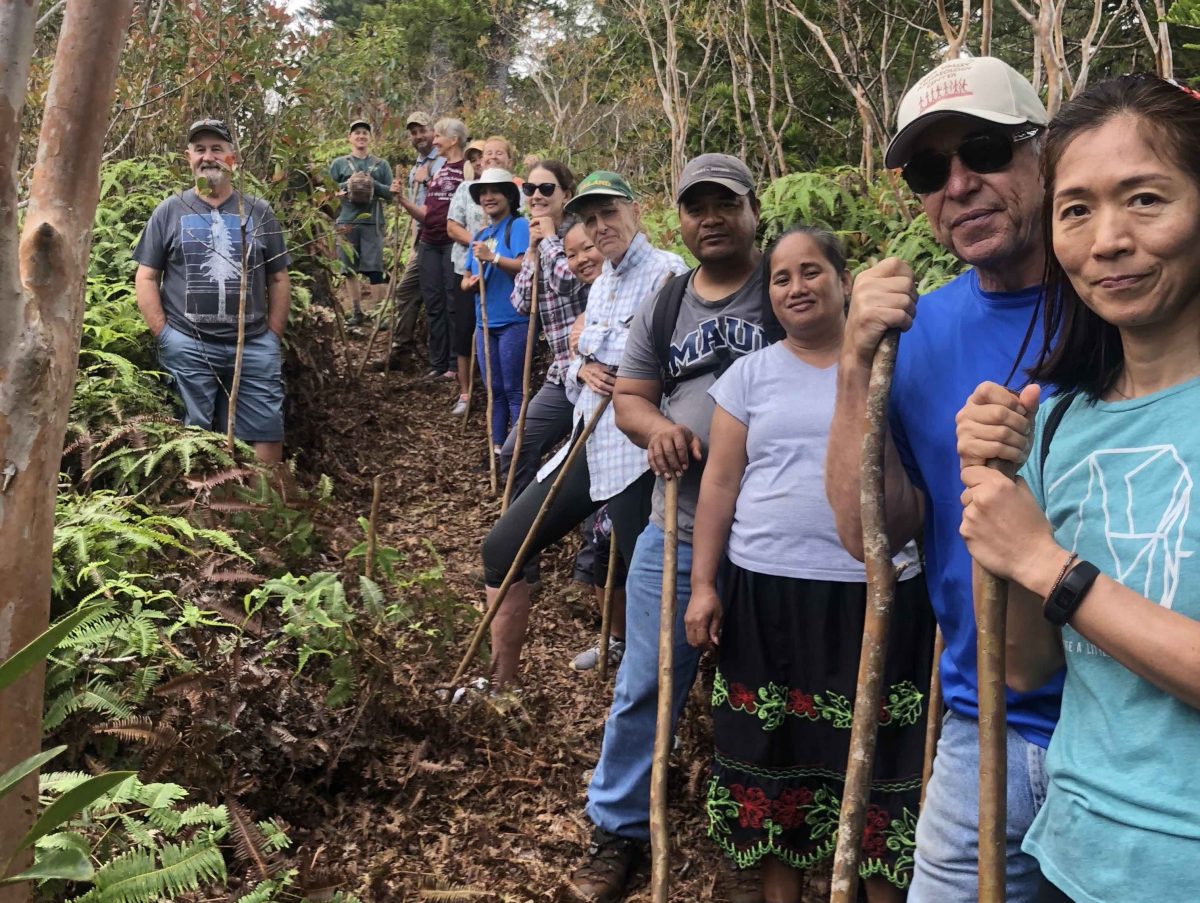 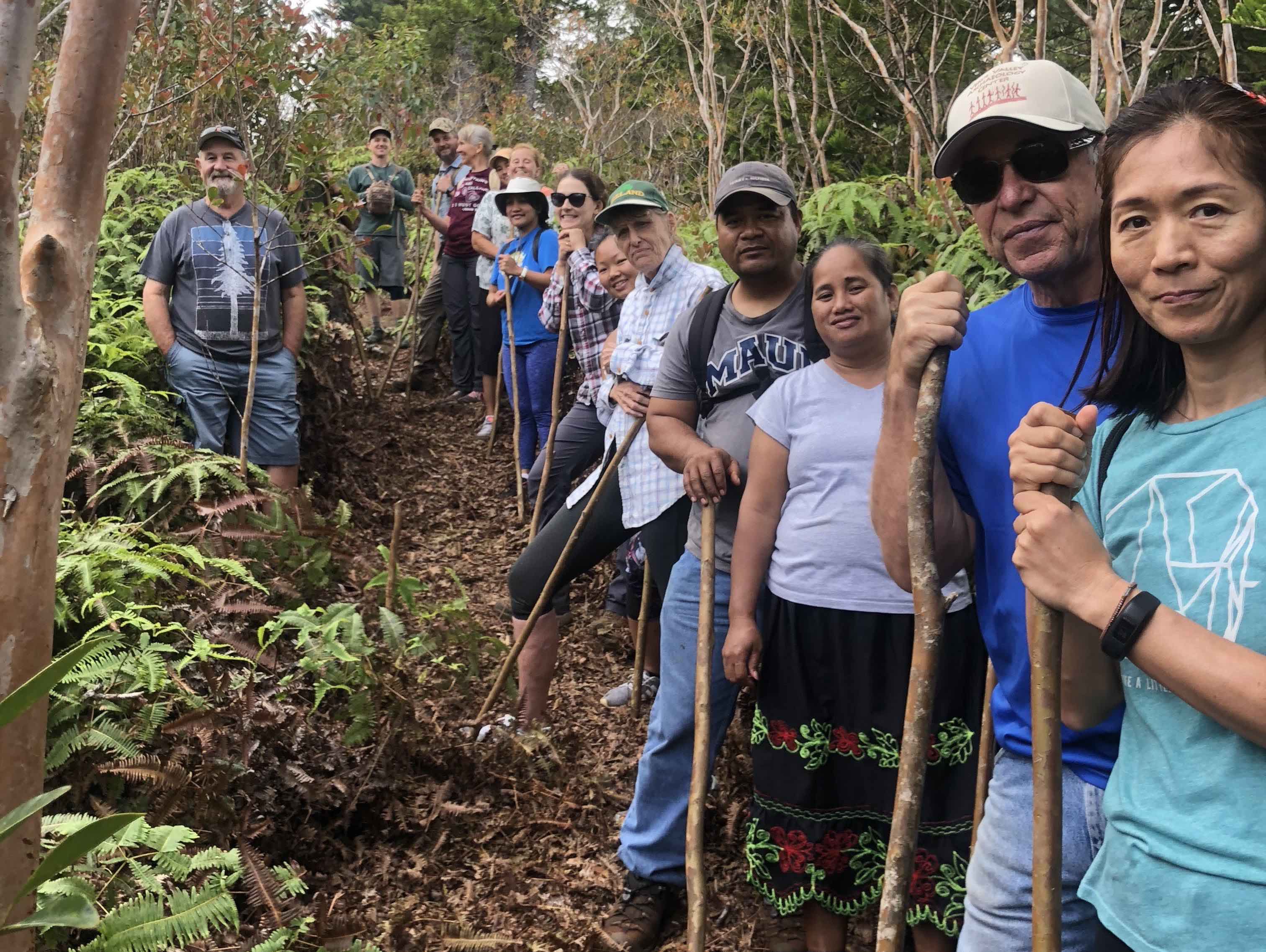 Every year on the first Saturday in June, over one million hikers, bikers, runners, equestrians, and other trail users across the country flock to their favorite trails to discover, celebrate, and learn about trails as part of National Trails Day. National Trails Day was established in 1993 to celebrate the 25th anniversary of the National Trails System Act.

On Saturday, June 2, 2018, a group of about 20 Lanai residents joined in on the fun as they gathered to explore facets of the island’s untouched beauty.

The day began early in the morning as participants eagerly gathered to commence the adventure. Hikers were driven up to Puu Alii, more commonly known as the site of the former Drip Station Research Site. Na Ala Hele Lanai council chair Mike Donoho, who also serves as head of the Pulama Lanai Natural Resources department, shared his thoughts regarding the importance of Lanaihale as the island’s primary watershed.

The participants took a short walk to upper Hookio Ridge, where they were able to catch a glimpse of some of Lanai’s greatest natural treasures: rare native plant species. Pulama Lanai botanist Kari Bogner noted that Lanai’s landscape is home to particularly rare species — some are not found anywhere else in the world except on Lanai.

Next, the participants began their descent down Kaiholena Ridge Trail. Usage of this trail dates back to ancient times as it served as a passage between Koele and Lanaihale, presumably traversed to gather water and resources from the upland regions. Then, in the late 1800s through the mid 1900s, it served as a horse trail during the island’s ranching era. Usage continued throughout the mid-20th century by the families of Koele that hunted on horseback.

Most notably, the route was used by cowboys who transported and planted the Cook Island Pine trees on Lanaihale in an effort to maintain the integrity of the island’s watershed.

The composition of the landscape has drastically changed since then, as strawberry guava trees have encroached upon much of Lanaihale’s indigenous flora. However, some native species continue to thrive, such as the uluhe (false staghorn) fern. This native thicket provides a habitat for one of the world’s largest population of uau, or the Hawaiian petrel, an endemic seabird species that nests in underground borrows in the upland regions. Liz Kain, a wildlife biologist for Pulama Lanai, explained about the significance of the uau and the efforts to maintain their population on Lanai.

John Sprague shared his knowledge about the current construction of Lanaihale’s snail enclosure, which is is being erected to protect Lanai’s community of kahuli, or native tree snails. Kahuli are especially scarce, requiring extra protection against predation from rats and lizards.

The descent down the gulch was steep and muddy at times, but everyone came together to share camaraderie and enjoy their day on the trail. Participants walked away with great memories, new friendships, and greater knowledge of Lanai’s natural and cultural resources. Overall, it was a day well spent immersed in the outdoor experience.