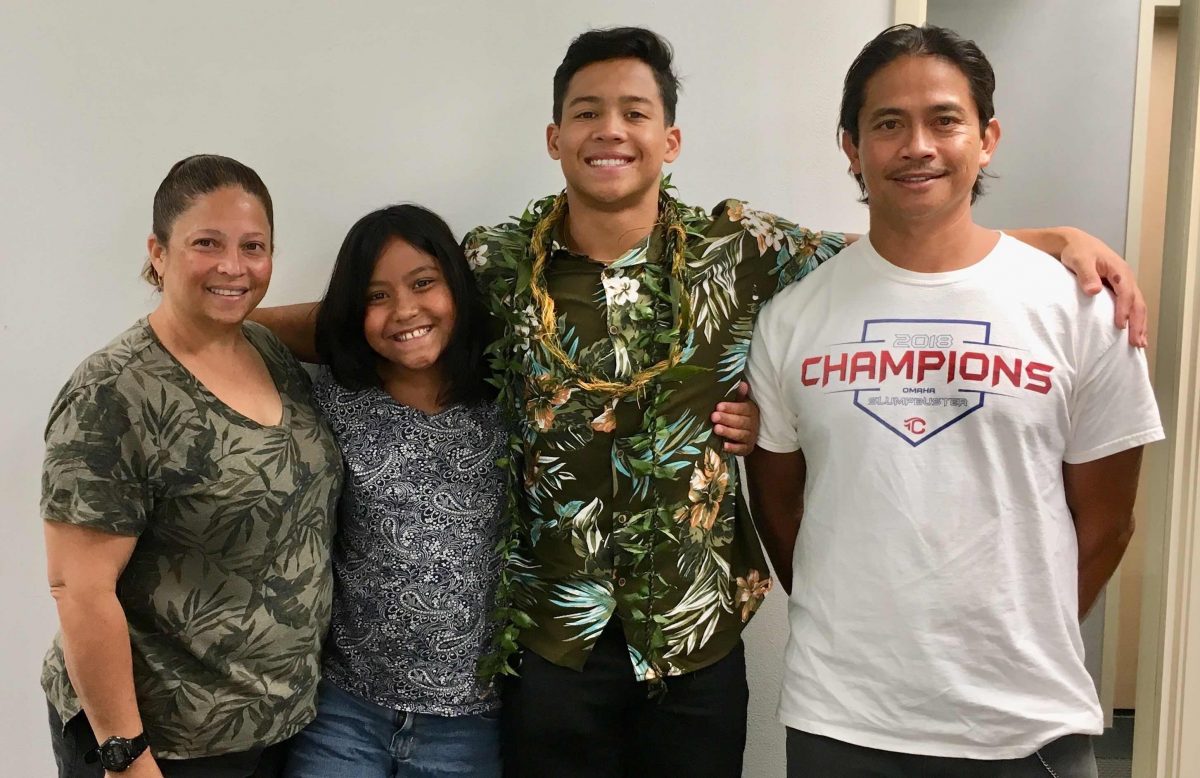 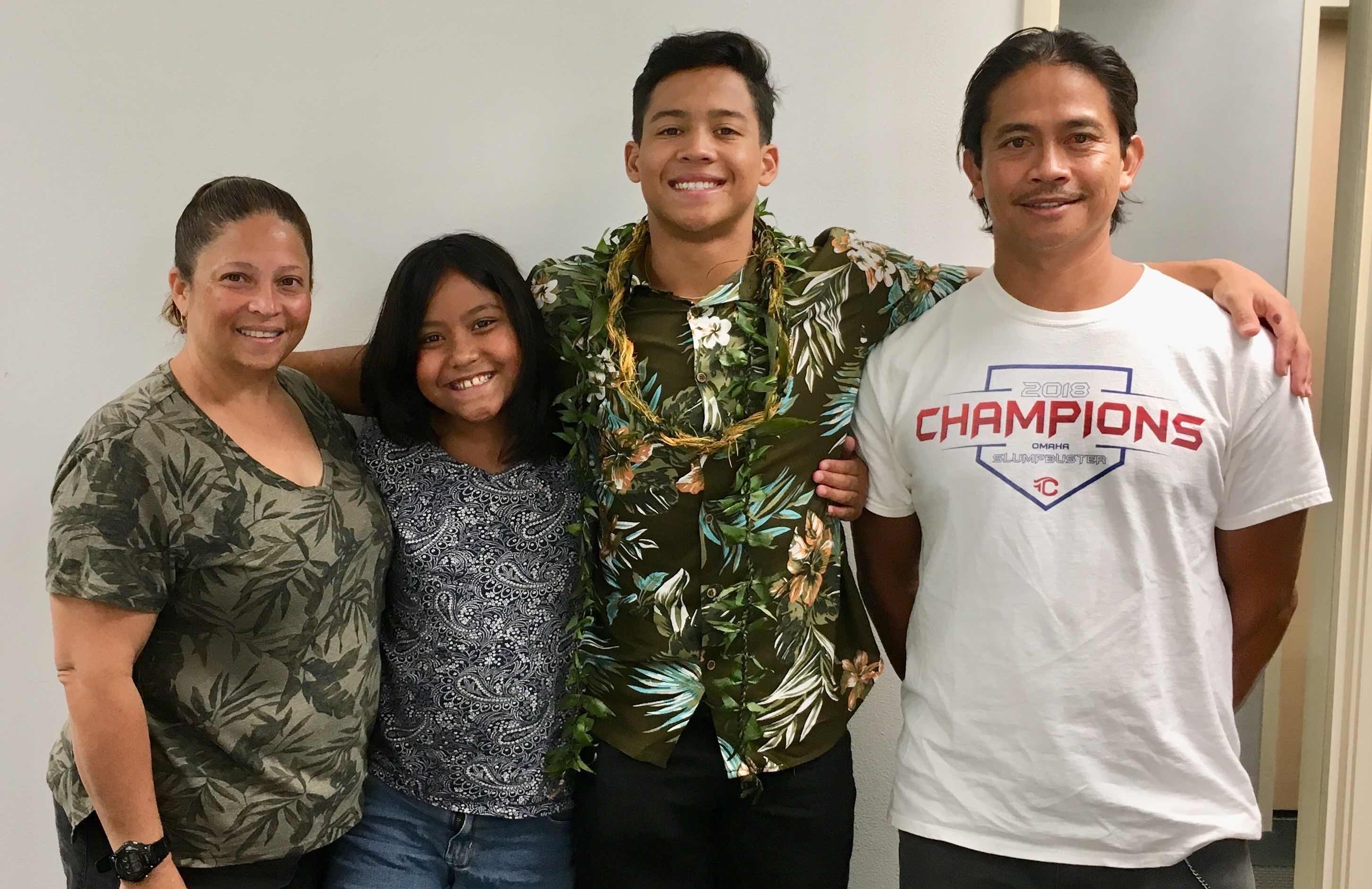 Each year, the Hawaii High School Athletic Association (HHSAA) selects 12 student-athletes for induction into the Hall of Honor. For the first time in the award’s 37-year history, Lanai was represented on stage.

Naighel Calderon is one of three neighbor island students who will be joining the Hall of Honor this year. An accomplished athlete, he was a first-team Maui Interscholastic League All-Star in baseball, basketball and football.

The Calderon family flew to Oahu for the Hall of Honor ceremony which took place on June 2. The event offered a chance for the athletes and their families to meet each other and hear words of encouragement from 2009 HHSAA Hall of Honor inductee and NFL linebacker Manti Te‘o. For their achievements, each honoree will receive a $2,000 scholarship from the HHSAA and Enterprise Holdings.

For Calderon, his journey as an athlete started as soon as he could walk. Charlie and Kim Calderon described their son as a “little, long-haired boy” who would practice his swing by tying fishing line to a baseball around a post in the backyard.

As he got older, the desire to improve and excel led Calderon to attend baseball camps across the U.S. and as far away as Spain. While attending these camps, he gained more than just skills to succeed on the field. He gained new friends and a fresh perspective. “That’s the best way to learn, through traveling. It really opened my mind to the world. I made the most of it.”

A future at UH

Despite receiving several offers from other colleges, Calderon selected the University of Hawaii to continue his baseball career as a walk-on.

He said associate coach Mike Brown was honest and straightforward, which was what he was looking for in a college coach. At UH, Calderon hopes to grow as an athlete. “Overall, I want to improve a little every day. It’s all about having the right mindset.”

Calderon, who carried a 4.0 in his last semester of high school, plans on studying communications with a focus on cinematography or journalism.

Playing at the collegiate level is a dream come true for Calderon. He says that he owes a lot of his success to his parents and coaches on Lanai throughout the years.

“I wouldn’t be here without my parents and my coaches,” said Calderon. “Every experience, from attending camps to playing at home, has been a chance for me to learn and grow. I’m blessed to be on this journey and look forward to a productive season at UH.”

Calderon won’t be the only LHES graduate playing sports at the collegiate level. The following students will also go on to play college sports in the fall:

Congratulations to Naighel Calderon and all the LHES student-athletes who are pursuing careers in collegiate sports.