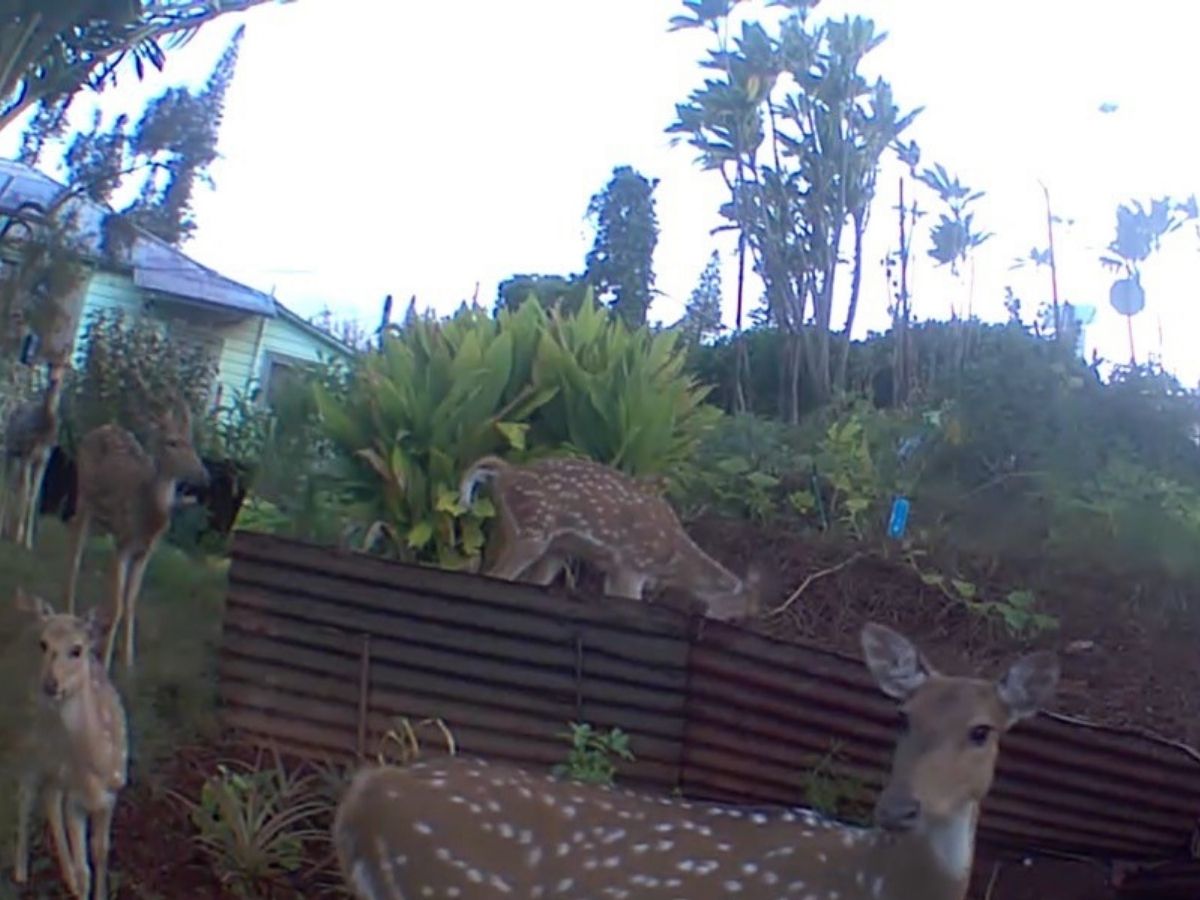 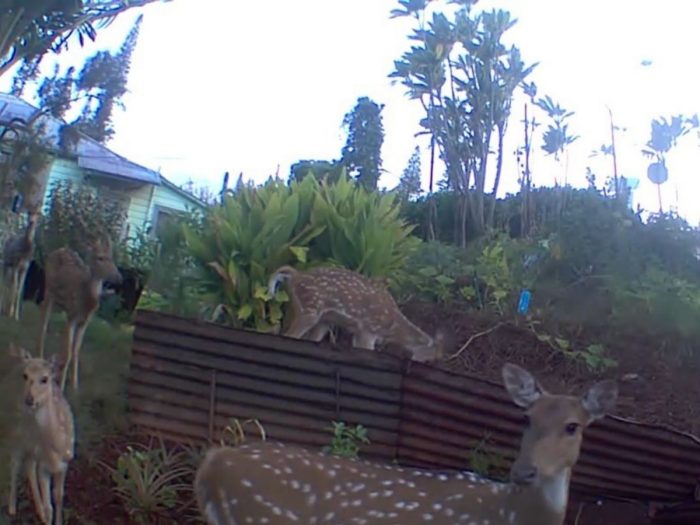 By Jonathan Sprague, Co-Director of Conservation and Natural Resources at Pulama Lanai

Lanai has become very, very dry in the past few months. The drought has impacted natural resources across the island including threatened and endangered plants, watershed, agriculture, and landscaping. Particularly noticeable, the vegetation that deer and sheep rely on to survive, has suffered. The current drought is a natural part of the long-term precipitation patterns on island which tends to be roughly 10-year cycles of wet-dry. The island’s last major drought was in 2011-2012 and the one before that in 1998-1999.

However, another factor that has affected the severity of the drought’s impact on the landscape is the fact that the number of deer and sheep has almost doubled since 2011-2012. Twice as many mouths to feed means whatever forage was available at the start of the drought was eaten twice as quickly. And while there are some natural springs and artificial water sources across the island for the deer, food has become particularly scarce. This has resulted in more deer and sheep coming into our urban areas, often malnourished, looking for food.

So, what can we all do about it?

Safety on the Road

Deer and sheep coming onto roads at night are particularly hazardous to people and therefore to assist with minimizing collisions on the highways to Hulopoe and Kaumalapau, Pulama Lanai has:

However, these measures will not prevent all deer and sheep from coming onto the road, and it is up to all of us as responsible drivers to be observant and drive slowly, especially at night in areas where deer cross.

Another public safety concern is when deer come into town. While they look cute and harmless at a distance, deer are wild animals. Their sharp hooves and antlers are dangerous, especially if the animal feels cornered, is injured or panicking. Additionally, sick, malnourished and dead deer in town and around people are clear health risks.

To minimize the number of deer in town, Pulama Lanai maintains archery hunting areas in a perimeter around Lanai City in an effort to push animals away from urban areas. Archery permits are currently free, and there is no bag limit. Pulama also maintains, in coordination with DOFAW, over 30 water troughs away from roads and town in an effort to draw deer and sheep away from populated areas.

While it is understandable to want to provide deer with food and water on your property in town, we recommend against it; feeding/watering attracts more animals into our urban areas and increases these risks. If you find a sick or injured deer that cannot move, or a dead deer, call (808) 563-0086 and someone from the Pulama Wildlife Control Team will come to assess the deer, and remove it if necessary for no charge.

We are also ramping up hunting opportunities to reduce the herd size in the near term. As mentioned, new archery permits are free of charge on Pulama Lanai property, and there are no bag limits. There are also no bag limits on does and ewes in the Pulama shotgun and rifles areas. The Lanai Culture & Heritage Center is managing stewardship hunts along the Keomoku slope for Lanai residents six days a week at no charge; visit stewardship@lanaichc.org for more information. Pulama is looking at expanding inexpensive hunts in our hunting areas and are actively coordinating with DOFAW to conduct control hunts in the CGMA with Hawaii resident hunters beginning in early December. Expect more changes in the next few weeks.

In the long term, overpopulation of deer and sheep on the landscape is one of the single most important natural resource management issues that Lanai faces, and the damage does not only occur during times of drought. Overabundance of deer, even during wet times, impacts native plants, causes erosion of soil onto the reef and harms the watershed that we rely on for water. Because of this, a main focus over the last few years has been increasing the number of does harvested. The result has been an increase in doe harvest by over 180%. While this is a major improvement, ongoing increased doe harvest over the next few years is key to reducing the herd size to something that the aina can sustain.