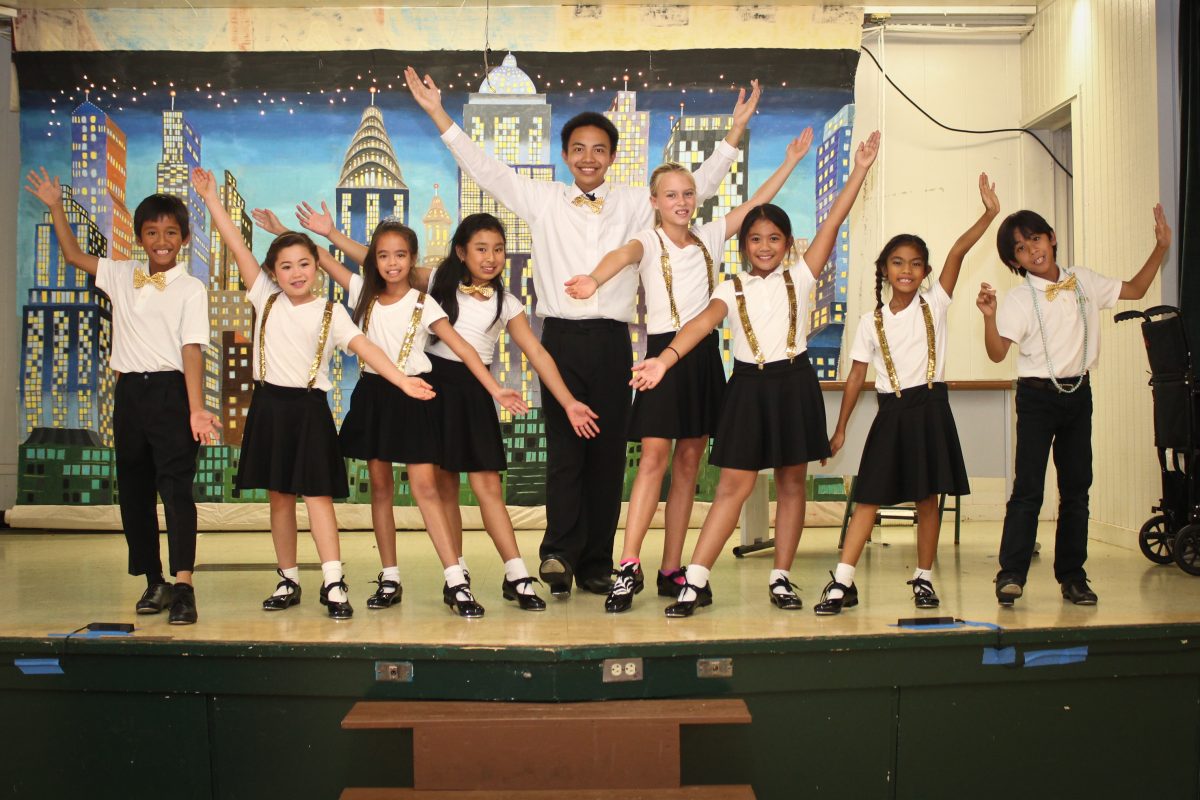 Budding Broadway actors and actresses from the Lanai Academy of Performing Arts (LAPA) danced and sang their hearts out during a special production of “Annie Jr.,” on Dec. 12, 13 and 14. Enthusiastic crowds filled the LHES cafeteria to near-full capacity at all four performances, delighting in familiar tunes such as “Tomorrow” and “Hard-Knock Life.”

“The show was a hit!” said Matt Glickstein, musical director at LAPA. “Every night, we welcomed a large crowd that cheered our kids on with love and support.”

There were so many talented young actors that Glickstein double cast several of the production’s leading roles: Madison Kaneakua Egan and Heather Robinson each played Annie; the role of Mrs. Hannigan was played by Anya Batoon and Isabel Campbell; and Rooster was played by Nik Suaglar Jr. and Nathan Amby.

The entire cast reprised their roles in an encore showing for LHES elementary and middle school students on Thursday, Dec. 18, when they entertained their classmates with upbeat group numbers, tap dances and moving solo performances. After wrapping up their last performance of the year, LAPA cast members took a trip to Maui to celebrate their hard work by watching the newly released film, “Annie.”

See these rising stars again tonight as they take the stage at The Lodge at Koele performing holiday classics with jazz singer, Brenna Whitaker, during a private Christmas Eve function. Then in March, LAPA will begin auditions for their next big production, set to open in the summer of 2015. They’ll be portraying the beloved Von Trapp Family in an abridged version of “The Sound of Music.”