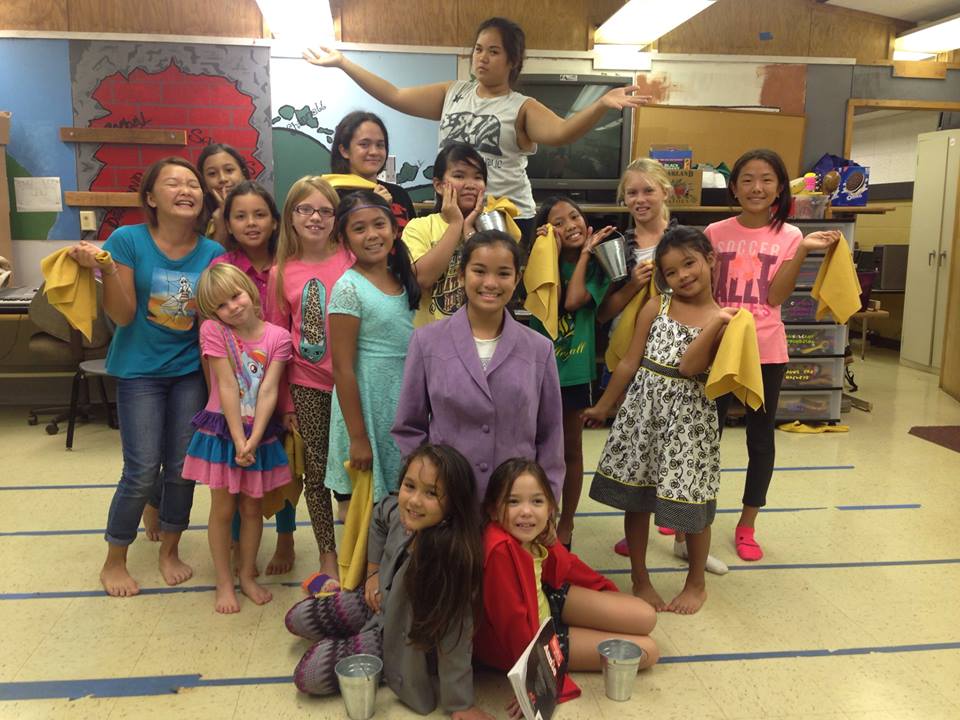 Ever since the curtain closed on Lanai Academy of Performing Arts’ “101 Dalmatians” in June, music director Matt Glickstein has been dreaming of the group’s next stage show. It’s no surprise that he’s chosen to go big by bringing one of the most beloved and well-recognized musicals of all time to life on Lanai with “Annie Jr.,” an abridged version of the Broadway hit “Annie.” LAPA will soon take the stage at LHES to perform popular hits such as “Tomorrow” and “Hard Knock Life” as they tell the story of Little Orphan Annie.

“101 Dalmatians” performers had just two months to practice their new roles for “Annie” — and practice they did. Roughly half the cast from “101 Dalmatians” showed up at auditions held in late August, surprising Glickstein with their dedication and growth.

“Some of our kids came back and showed tremendous improvement in their performance, had really practiced the part, and ended up getting cast in lead roles,” Glickstein said proudly. “If you had told me at the beginning of the year that they would have large speaking roles or a vocal solo, I wouldn’t have believed you. Now, look at them!”

Since then, the cast of 45 — ranging in age from pre-kindergarten through high school, with the average age between 7–11 years old — has been rehearsing multiple times a week in preparation for opening night. Glickstein feels confident that the kids will be more than ready to take the stage in a little more than one week.

“This is the longest show we’ve done,” he explained. “We gave ourselves a lot of time to learn the parts because it’s a large production with multiple group numbers, solos and dance choreography.”

LAPA had so many talented performers this year that Glickstein double-cast the main role of Annie, with Madison Kaneakua and Heather Davidson acting in two performances each.

With such a talented cast making everything look effortless, it’s easy to overlook the behind-the-scenes work that goes into every production. But Glickstein is quick to sing the praises of the parents and community members who are doing it all — building, painting, sewing, donating, designing — to bring the story to life.

From co-director Zena Kageno to his wife Kerri Glickstein, who serves as LHES band director, Glickstein has a talented team to help develop the kids’ song and dance numbers. LHES teacher Ross Hakoda and his students designed and painted the backdrops, while Lanai business owner Gail Allen helped with costumes. Cory Labang loaned pieces from the Cory Labang Studio boutique for the production. “The list goes on and on,” Glickstein said. “We are incredibly lucky to have the support we do.”

Free admission for students 18 and under.

Tickets will be pre-sold and available at the door before each performance.

Call 808-221-8926 or email lanaiacademy@gmail.com to reserve tickets or for more information.