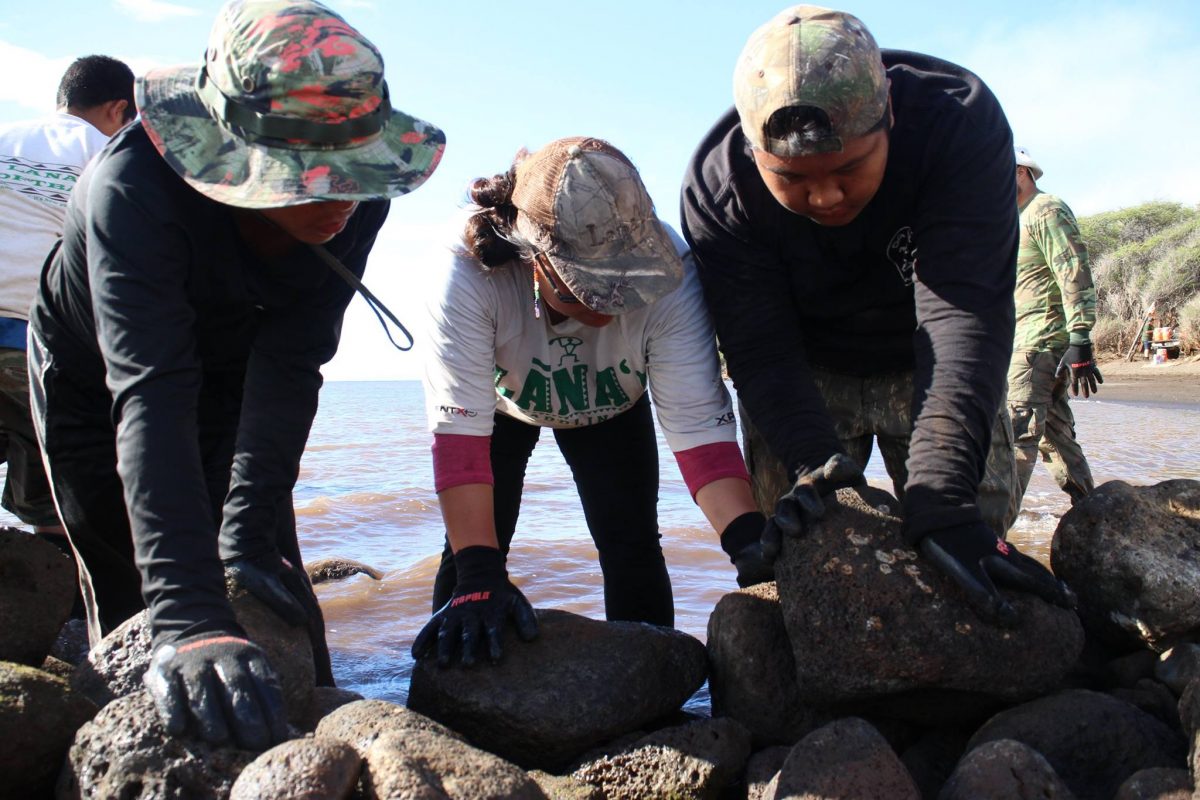 The 27 young adults who spent their summer in the Lanai Culture & Heritage Center’s intensive educational program learned the true meaning of the phrase E Ike Hou Ia Lanai — “to know Lanai once again.”

The program merged Hawaiian cultural research with a STEM-based (science, technology, engineering and math) curriculum for a truly one-of-a-kind experience that left them inspired by their surroundings and eager to learn, create and care for the land.

“Our goal was to show our youth how much knowledge was in the aina and inspire them to discover their own amazing talents, which they did,” said Kepa Maly, the center’s executive director.

Participants embarked on excursions to Lanai’s most important agricultural and historical sites, including Lanai Hale, Maunalei, Waiaopae and Naha fishponds.

But this immersive program didn’t include sitting idly on the sidelines. Instead, the students were given hands-on opportunities to take part in restoration efforts.

“Our goal this year was to inform and inspire the students. We looked at different ways to get them to connect with the environment and Lanai,” explained Simon Tajiri, program manager with Lanai Culture & Heritage Center.

Together, the group explored their cultural roots while restoring 5,400 acres of watershed lands, dug their bare feet into the mud as they rebuilt traditional loi, and tested their strength during the reconstruction of an 800-year-old fishpond for the first time in 80 years.

Art and Culture on Display

In addition to restoration efforts, the students also channeled their artistic talents by participating in the painting of three murals at LHES campus.

A community paint day in June brought together family and friends to make their mark on the cultural landscape paintings depicting life on Lanai, which were designed by 808 Urban artist Prime, his crew and the students.

On one wall, the life-giving watershed in Lanai Hale and Maunalei Valley reflected the restoration work the students had completed, while another wall illustrated an ancient fishpond and spear-wielding fisherman.

Music provided another medium for the children to tell their story. Together, they composed an original song in Hawaiian, writing one verse per week with the help of Maly and Na Hoku award-winning musician Matt Sproat.

The program culminated in a performance for the community, to showcase what the students had learned and created over the summer. They took the stage to perform hula and sing their original composition.

“The mele hula they wrote was a concrete example of the way these students can have aloha for Lanai and find a part of themselves in past generations,” said Tajiri. “Through outlets like music they are able to find themselves in our island’s history.”