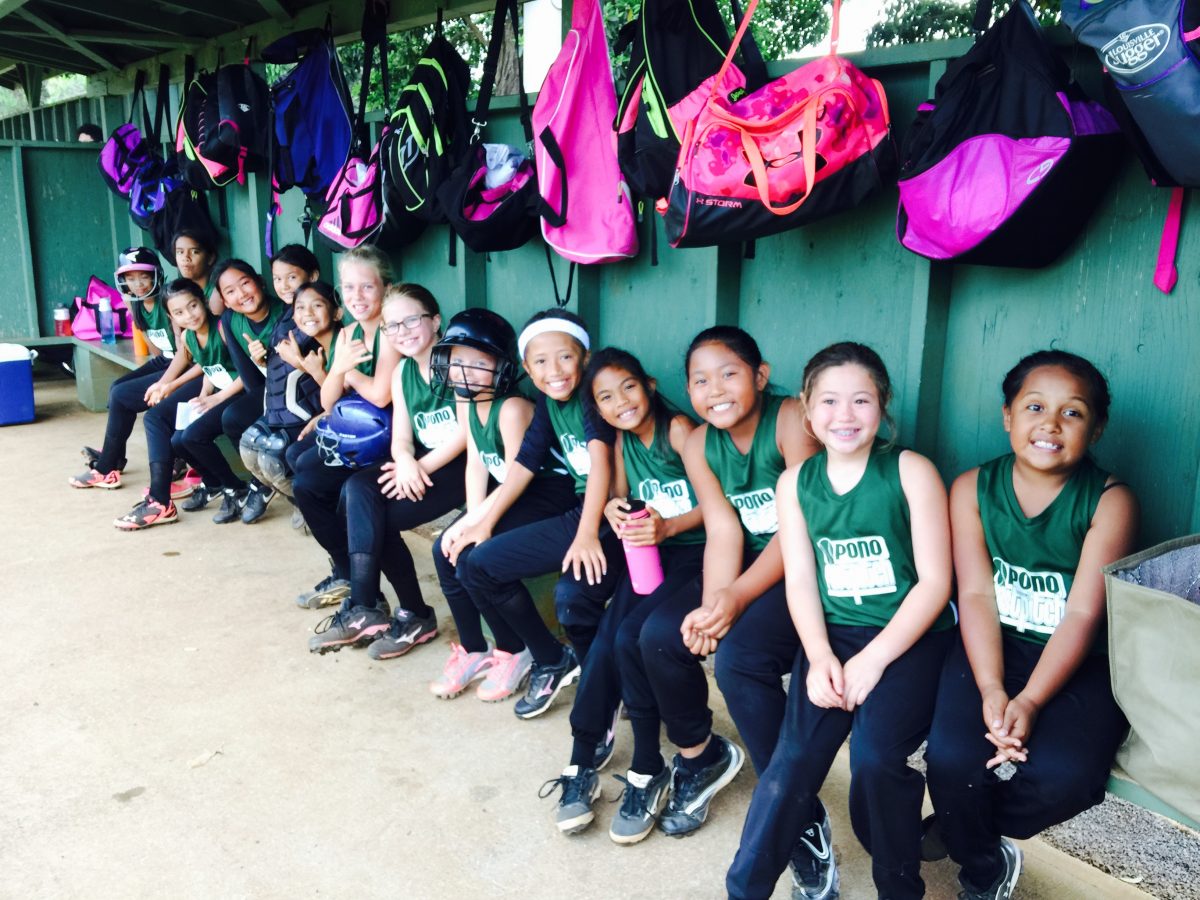 The crack of a ball against bat, the smell of leather gloves and freshly cut grass, even peanuts and Cracker Jacks — yes, America’s pastime is alive and well on Lanai!

From our youngest keiki learning the fundamentals of the sport, to our high school players bringing home MIL championship medals, it’s safe to say baseball and softball are hugely popular among both boys and girls on Lanai. So much so that the island has achieved a record number of 10 different teams playing ball this year.

It all starts with T-ball (ages 4­–5) and Coach Pitch (ages 6–8), which teaches fledgling players how to catch, hit, run bases, and have fun.

From there, Little League Minors (ages 9–10) and Majors (ages 11–12) focus on developing rising star players by getting them ready for competitive play.

Then it’s on to Juniors (13–14) and Seniors (15–16), which prep young adults to compete at a high school level, feeding right into LHES’s Pine Lads baseball and Pine Lasses softball teams.

“We’ve seen a lot of growth since starting Little League back up in 2010,” said team parent and Little League board member MaryLou Kaukeano. “There are about 120 kids participating, and the parents have really shown their support through fundraising, running the concession stand and turning out for the games.” 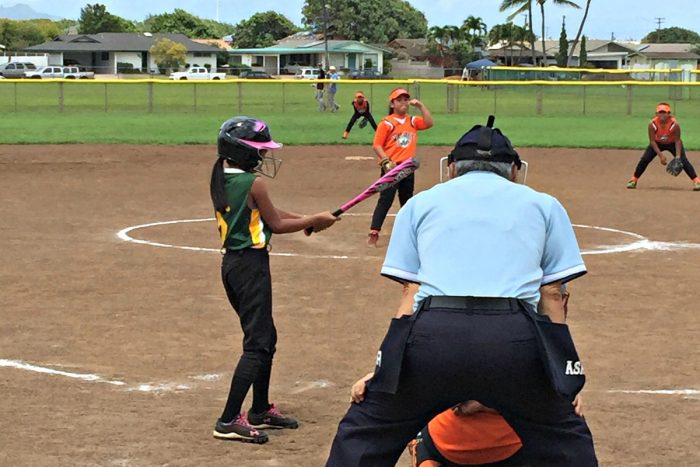 “You might have heard that the LHES Pine Lasses recently won the Maui Interscholastic League championships,” she said proudly. “The juniors and seniors on that team were our first Pono girls! Pono has allowed them to find their niche, given them the opportunity to find something they love and shown them how much they can accomplish.”

Pono’s 10- and 12-and-under divisions recently completed their season, which runs January through May. The 12- to 14-year-old girls travel to Maui on June 6, and will wrap up their season with two home games on June 20 and 27 at Lanai Little League Field.

Fundraising efforts and volunteers have made it possible for hundreds of Lanai’s children to participate in Little League and Pono over the years. Barfield states it would be difficult to sustain baseball and softball outside of high school without volunteer coaches, team moms, umpires and board members, who all dedicate unpaid time to mentor kids, teach fundamental of the sport and fundraise.

“We’re grateful to the community for showing a lot of love and support to both leagues,” said Barfield, who recently ended her term as president of Lanai Little League. “In the off-season, we fundraise as much as we can — it’s almost like a second job. But we’re proud to say that through the hard work of our fundraisers and the generosity of the community, every child on Lanai can participate in the league.”

Though many young players opt not to continue playing, Barfield maintains it’s not about the skills learned on field, but the ones they take with them that are important.

“Playing a team sport teaches collaboration, builds character, and allows them to meet friends, do something outside their comfort zone and stay active. They learn time management and how to keep their grades up while participating in activities,” said Barfield. “Of course, they don’t always realize what we are trying to instill,” she added with a laugh.

And now, adults will have a chance to try their hand at softball with Maui County’s new men’s and women’s leagues, starting in July. Whether you play catch regularly with your Little Leaguer or it’s been years since you’ve picked up a bat, get ready to play ball. Players 14 and over are welcome to sign up a team with Norraine Pascua (563-9942), Anela Garnito Wallace (565-6979) or MaryLou Kaukeano (215-1075).