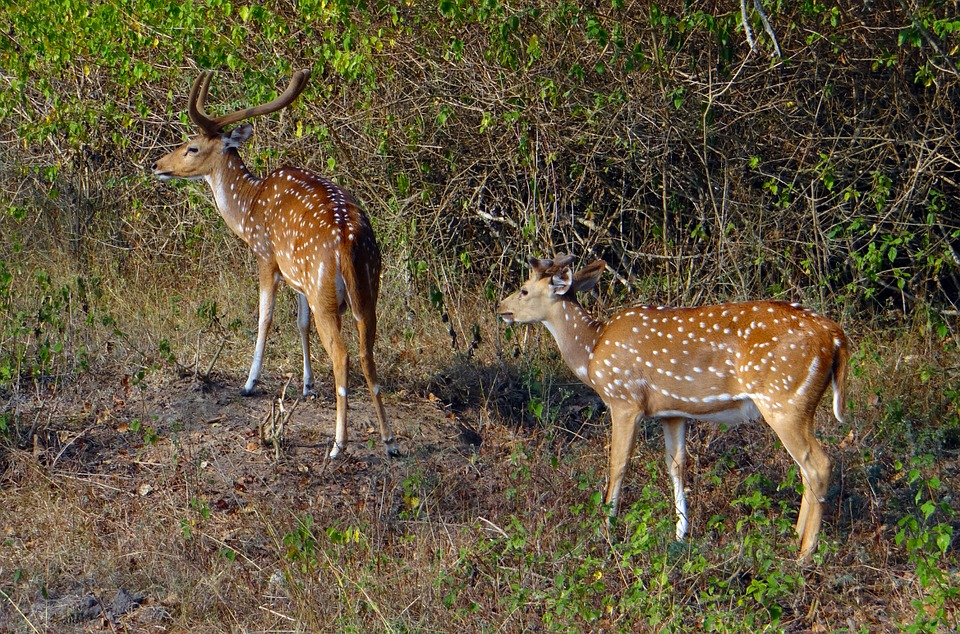 Since the early 1920s Axis deer have flourished on Lanai, thriving in the grasslands and forested regions of the island’s upper plateau. Hunting has kept Lanai’s deer population in check, but federal restrictions have limited the sale and purchase of Lanai venison in commercial settings.

The arrival of Lanai’s first Mobile Processing Unit (MPU) has cleared the way for local deer meat to be sold in stores or on menus in restaurants. The MPU is a compact meat processing facility about the size of a Matson shipping container, and provides a sanitary environment for Pulama Lāna`i Natural Resources Department to skin and butcher their bag under the careful supervision of a USDA-certified inspector.

“An inspector must be present during the meat processing in order for us to sell the venison to markets, restaurants or individual consumers,” says Mike Donoho, senior vice president of natural resources for Pulama Lanai. “The inspector must confirm the safety of the processing and integrity of the product, a veterinarian from Oahu, which includes confirming there are no chemical, biological, or physical contaminants in the deer parts that are packaged, and that the animal is free of disease, among other things.”

The last time venison was processed and inspected on Lanai was 2007..

“A lot of federal regulations changed as well,” explains Donoho. “It wasn’t easy getting back on the wagon. Not to mention a handful of Hawaii’s inspectors recently quit, so our inspector is doing triple the work.”

“We harvest at night, rather than during the day when the deer are on alert,” says Donoho. “From sundown to midnight we’ll hunt, and we have exactly four hours from a kill to process and refrigerate the meat,” says Donoho. “It’s very labor intensive but worth it to put wholesome products on the market and mitigate the impact of the deer on the land.”

Its hard to determine exactly how many deer are on Lanai, thanks to the island’s dense vegetation, but bringing deer meat to market will help manage the population, which has no natural predators on Lanai.

“The sustainable population is based solely on the condition of the land,” says Donoho. “We’ve experienced three years of heavy rainfall, but we’re drying out and the current population won’t be supported.” This means that the amount of deer that can live comfortably on the land changes with the conditions of the land. With decreasing water and food resources, the number of deer will also have to be reduced.

By increasing the production of venison for consumption, Donoho hopes to strike a balance between careful population control and a Lanai-based specialty that may be exported to neighbor islands in the future.

“Right now, our priority is to provide venison for Lanai City vendors and the Four Seasons Resorts Lanai,” says Donoho. “Ideally weekly inspections will serve Lanai, and biweekly inspections could lead to exports.”

Donoho’s team is currently considering producing value added products from the meat, such as smoked venison or venison sausage. “We’re pursuing the purchase of a smoker, and looking into other ways to extend the diversity and shelf-life of the venison.”

Lanai venison is being sold at Richard’s Market and is on the menu of Lāna‘i City Grille and Four Seasons Resort Restaurants!