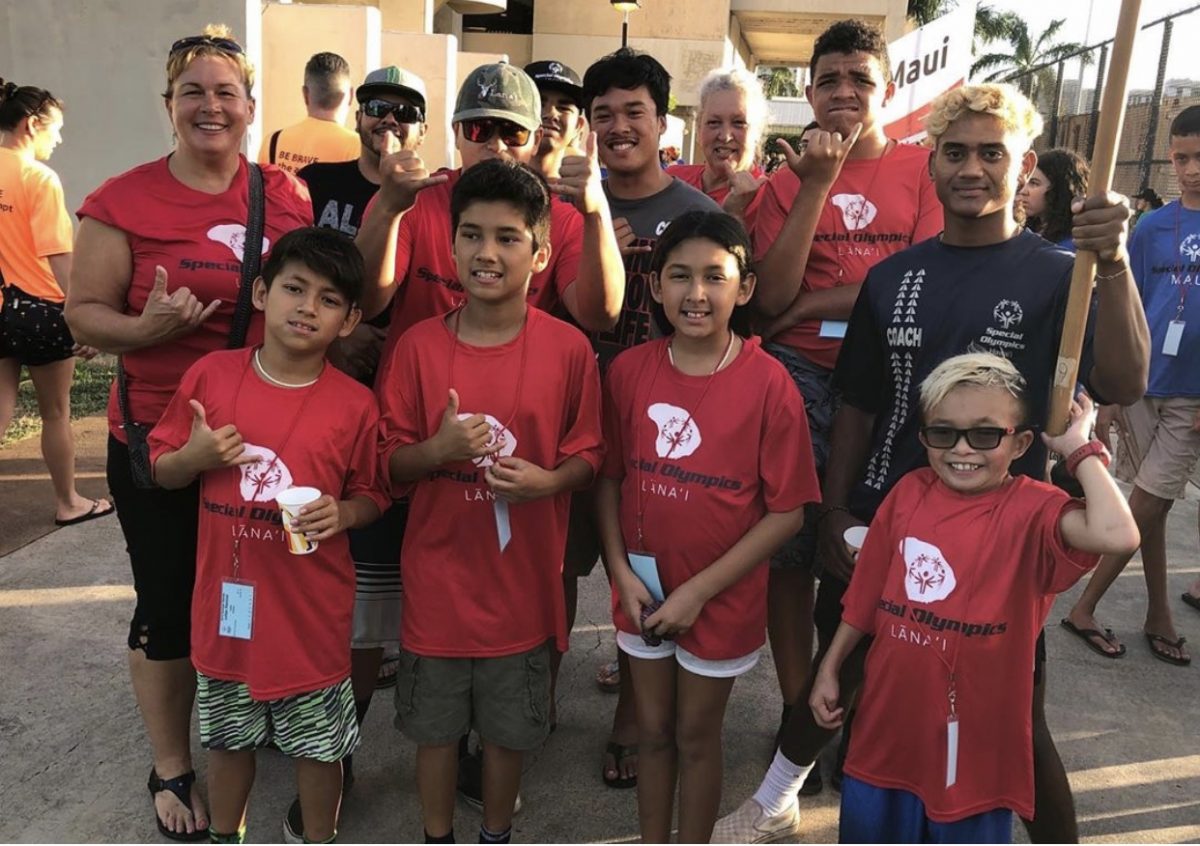 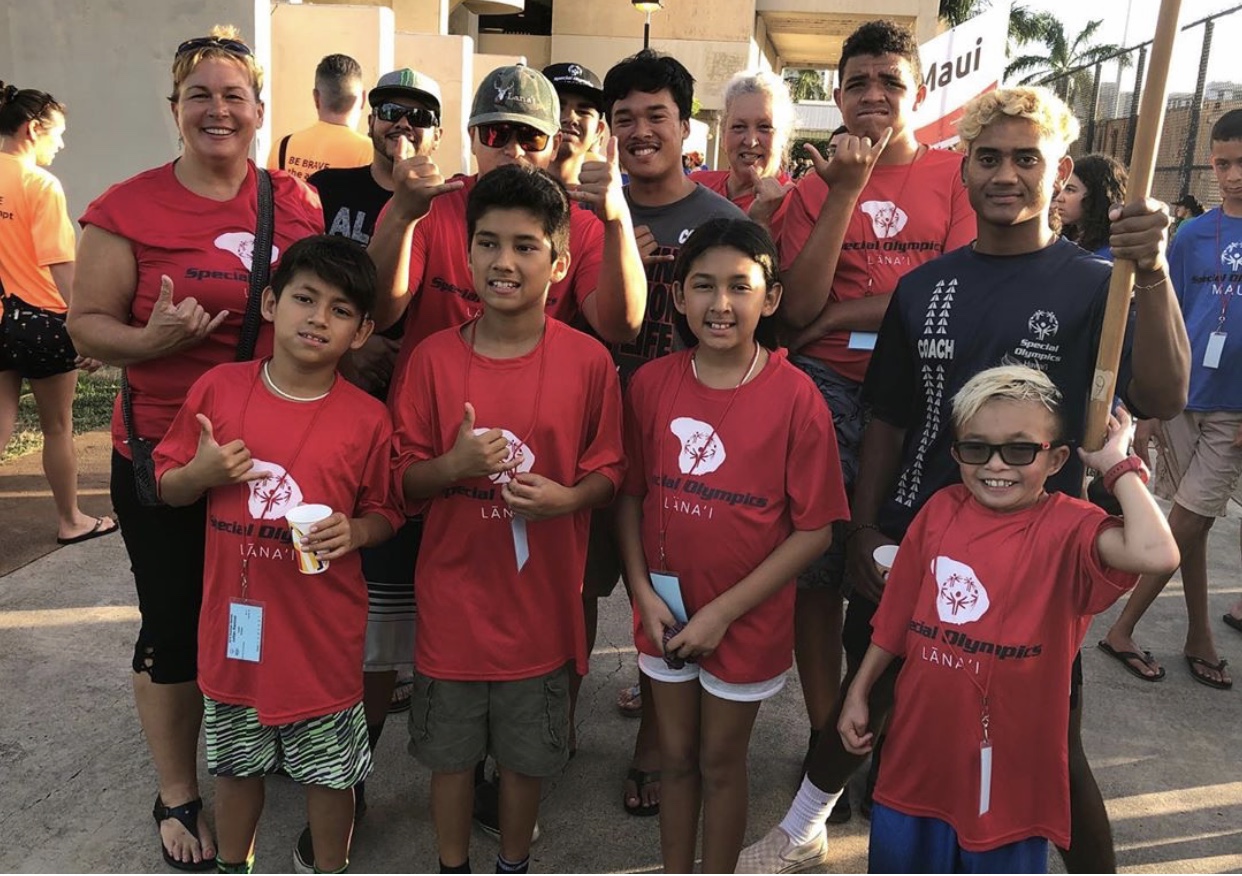 Shane “Kalei” Hanog, Trevor Sarme and Jared Sugiyama were serving as recreational assistants at the Lanai Community Pool when they were approached by their manager, MaryLou Kaukeano, with an important assignment: they were asked to coach Lanai’s Special Olympics swim team.

Founded in 1968, Special Olympics Hawaii aims to provide training and athletic competition in a variety of Olympic-type sports for children and adults with intellectual disabilities. The organization now serves more than 4,700 athletes and partners on every island and delivers 10 Olympic-type sports and over 50 games and competitions throughout the year.

As first-time swimming coaches, Hanog and the crew didn’t know what to expect. However, as a high school athlete and seasoned tri-athlete, Hanog says he used the same principles learned from his coaches and father to teach the keiki.

Following the area competition at Lanai Community Pool in March, the team started training twice a week for a variety of swimming events. The coaches attended a Special Olympics coaching seminar to help guide them through the season.

Special Olympics coaches are responsible for knowing and understanding the regulations and the USA Swimming Rules. They must also ensure the equipment, training and environment are appropriate for the athletes. While keeping these fundamentals in mind, Hanog and the group tried to create a positive experience for the athletes. Having worked at the community center for almost two years, Hanog was familiar with the sport and facility. Most of the kids also took swimming classes at school, which also helped the team get into a rhythm for training.

Going for the gold

The six athletes, coaches and chaperones jetted off to Oahu in May for the summer games, staying at the University of Hawaii at Manoa dorms. Excitement ensued when the group realized they had a whole floor to themselves and each person was able to pick out their own room.

Bobby, Anissia, Julian, Cameron, Thor and Mateo participated in the different races, which included 50-yard swims, freestyle, backstroke, breastroke and butterfly. “The kids did incredible and we were really proud of them. They brought home a bunch of medals, which showed their dedication,” said Hanog.

When asked about the significance of sending a team to the Special Olympics, Hanog replied, “No matter what you are going through, hard work can pay off and you can accomplish your goals.”

Congratulations to the athletes and coaches on their success at the Summer Games!