Thirty students, four months of after-school rehearsals, three directors and a shared passion for musical theatre brought Shrek the Musical Jr. to Lanai audiences in June. Produced by the Lanai Academy of the Performing Arts (LAPA), the summer show was the second full-scale performance led by musical director, Matt Glickstein.

“We sold out opening and closing night, and pulled solid audiences over the weekend too,” says Glickstein. “It was madness for a week but absolutely worth it.”

Preparing for the big show

Beginning in February, Glickstein’s team held a two-week acting workshop to help students prepare for their auditions and learn songs from the musical. The workshop was well worth the time commitment because every student who auditioned earned a part in the musical.

For the next few months, the students met two to three times a week, depending on their age group. The small group sessions were particularly rewarding for the directors, who had the opportunity to collaborate with students and volunteers.

Zena Kageno, a seasoned choreographer, enjoys having her students contribute to the design of each dance number.

“It helps them connect with the musical and put their own stamp on the dance,” says Kageno. “This is the hardest choreography they have done yet, and the little ones really stepped it up,” laughs Kageno. “The music in general was very jazz-inspired, and they did a whole number based on tap, and most have never done tap before but they pulled it off!” 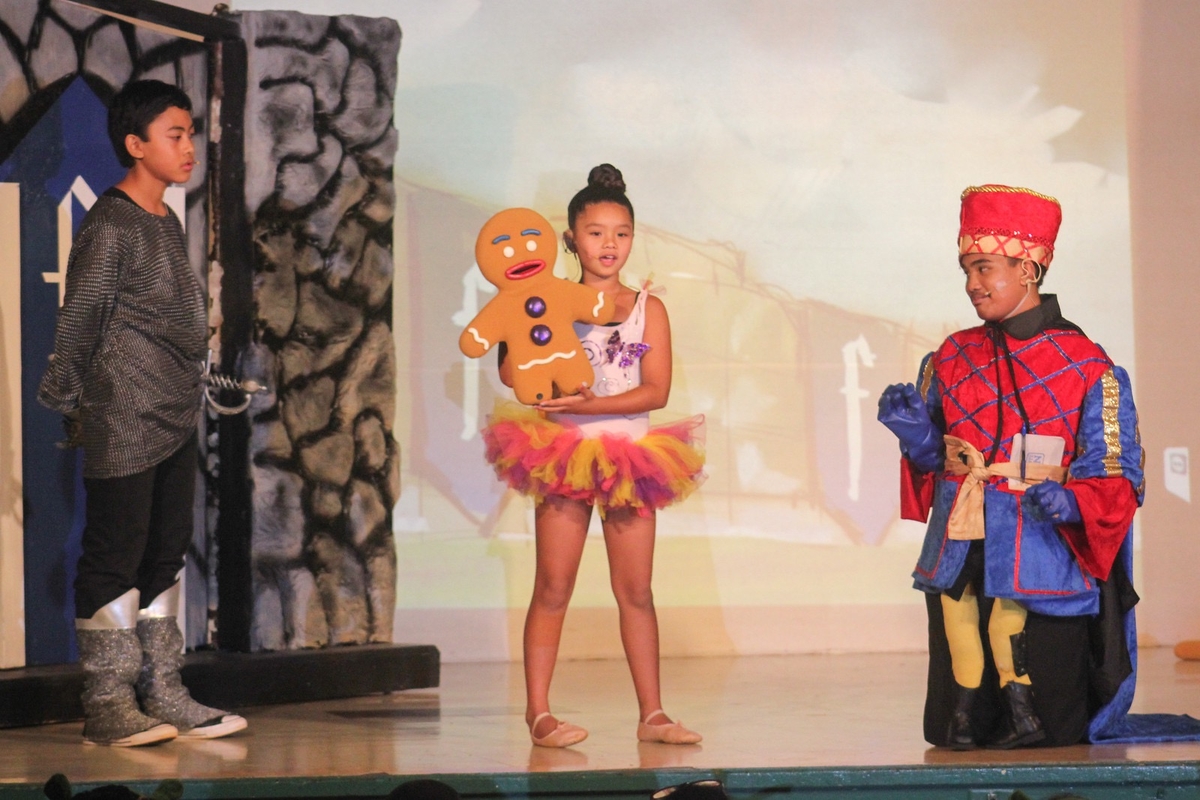 While most would agree that previous LAPA production always featured top-notch acting by children in the community, LAPA enhanced the production of Shrek the Musical, Jr. in several ways.

When he wasn’t at rehearsals, acting director Adam Beckwith was hard at work building a mobile set in his garage. To maximize the limited space, Beckwith created a set on wheels, with a castle on one side and Shrek’s house on the other.

LAPA was also able to rent costumes from the mainland thanks to a donation from the Manele-Koele Charitable Fund (MKCF). The scenes were further enhanced with a backing track for music, Glickstein on the piano, as well as a spotlight – the first one ever used for a LAPA production. 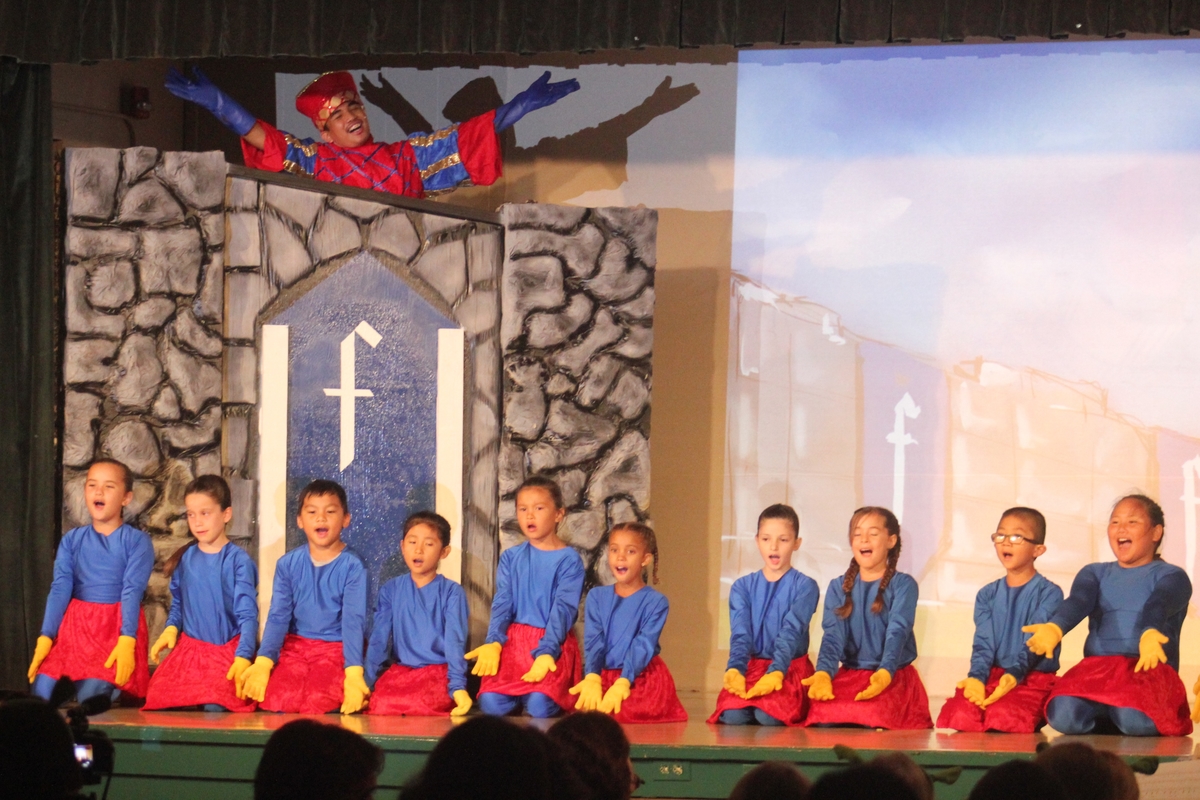 During the final week of rehearsals, the students met each day for five to six hours for run-throughs. “It was intense but the kids were really amped,” says Kageno. “Students who didn’t even have rehearsal would come to practice to support their friends.”

“What made it all possible was the great parent support, especially leading up to the show with costuming and stage managing,” says Glickstein.

And everyone agrees, Shrek the Musical Jr. was a hit. Each of the four performances had close to 150 people in the audience, and the kids are already asking about the next production.

“As directors we are really, really proud of our kids,” says Glickstein. “We are impressed by their development as actors and dancers, and their hard work continues to grow our program. Stay tuned for next year’s performance!”

This past year LAPA started Broadway Junior, a variety show that helps kids hone in on the fundamentals of singing and dancing. Broadway Junior is open to students in kindergarten through 11th grade, and meets two to three times a week from August through December.

“The directors love Broadway Junior because it allows us to concentrate more on our skillset and that’s what fun about it,” says Kageno. “The program offers some downtime between our big summer show and gives students a chance to do a little bit of everything. This year it will be in LHES cafeteria.”

Shrek the Musical Jr. and Broadway Junior programming are made possible through donations, sponsorships and fundraising events throughout the year, including a fundraiser dinner in December, chocolate and malasada sales, and the annual Charity Walk.

“Financial aid is available to students of all ages and abilities and we encourage everyone to try out,” says Glickstein.

Shrek the Musical Jr. was dedicated to Jeanne Mitchell, a beloved LAPA and arts supporter. A portion of the sales was gifted to her family.