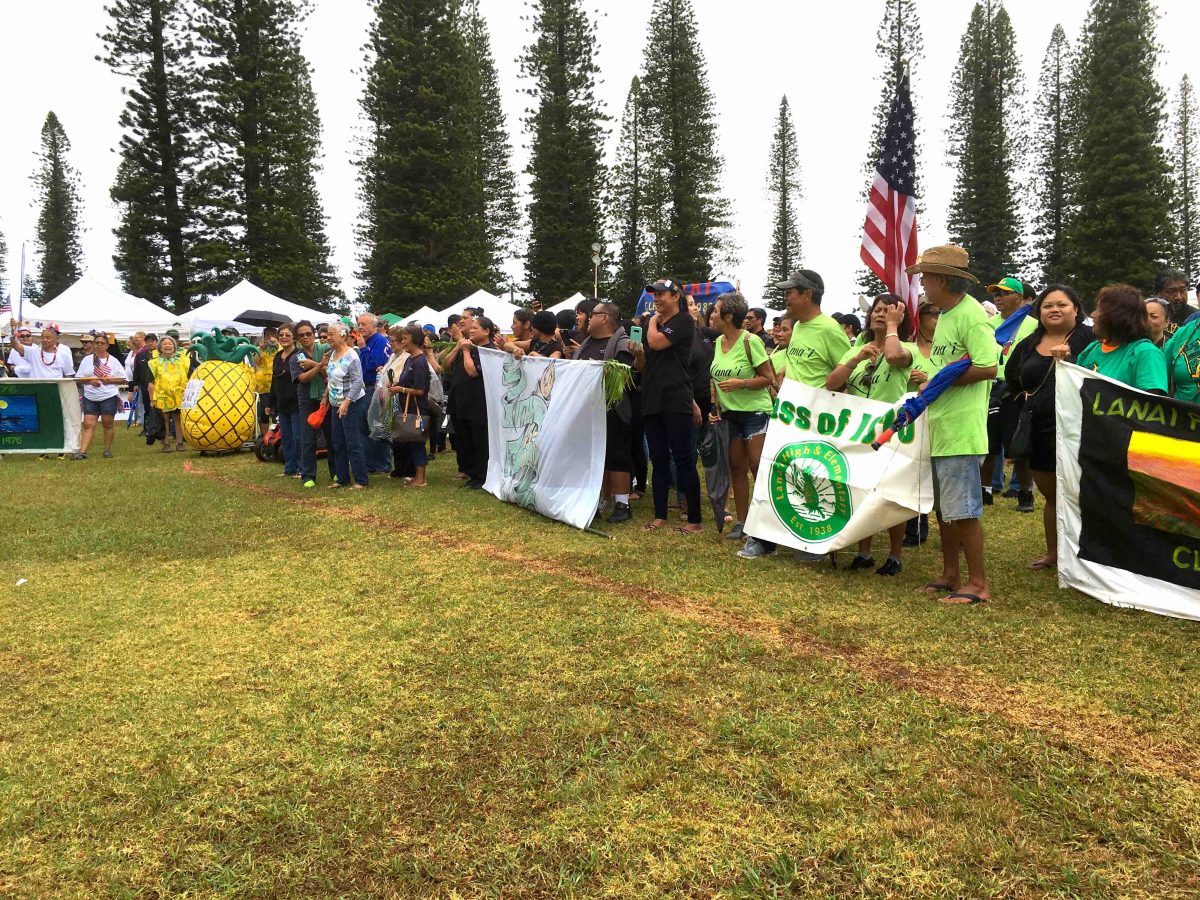 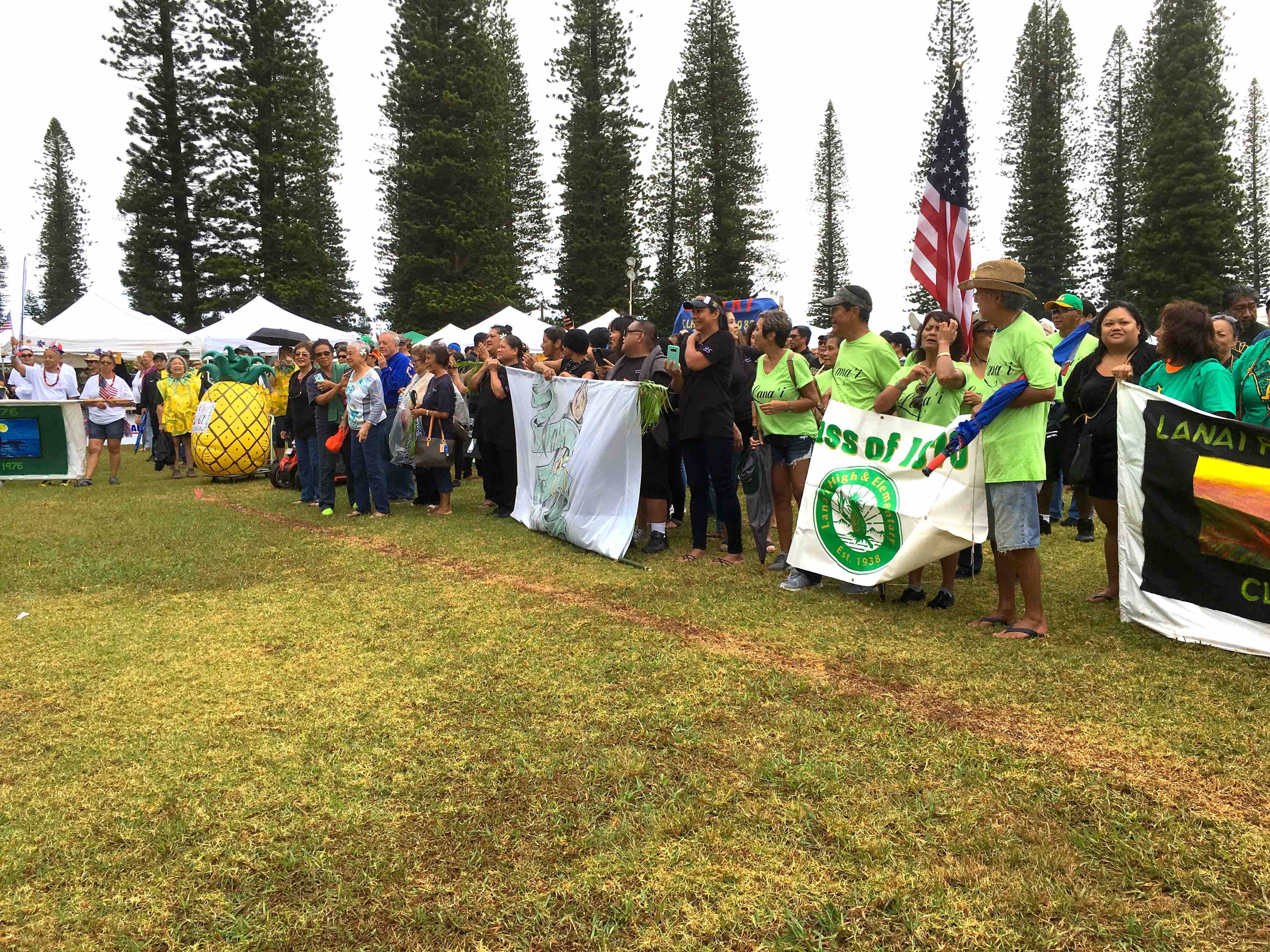 This year’s Pineapple Festival on July 7 was filled with even more excitement and anticipation than normal. The community welcomed Lanai High and Elementary School (LHES) alumni from near and far to celebrate the school’s 80th anniversary year.

Hundreds of alumni from nearly 20 classes turned out to catch up with friends and reminisce about the old days. Though times have changed, a walk through campus brought back memories from former students of all ages.

On Friday, July 6, alumni met up for a welcome back assembly in the LHES cafeteria. Locals and out-of-towners reunited and stocked up on LHES T-shirts and collectibles on sale by Lanai Athletics.

In the evening, the group celebrated with ono food and Hawaiian music at a kanikapila potluck, topped off by a high school-style dance.

The next day, nearly 300 alumni came together for an LHES alumni parade, sponsored by the Lanai Community Association. From the earliest class of 1967 to the most recent class of 2008 (celebrating their 10-year reunion), everyone had a grand time marching and honoring the shared legacy of LHES.

Retired Principal Howard Sakamoto (who served as vice principal and principal from the late 60s to the early 80s) had the honor of serving as the parade’s grand marshal. He rode on a horse-drawn carriage along with his daughter, Carla (class of 1984) in memory of his late wife, Molly Sakamoto, a retired LHES teacher.

After the joint festivities, each class partook in their own individual celebrations. Some planned simple hangouts while others had full itineraries of picnics and outings to their favorite places on island: Maunalei, Hulopoe Beach Park and Lanai Culture & Heritage Center, to name a few.

The celebrations this year are part of an ongoing tradition taking shape with the help of Juan Degamo, class of 1978, and other involved alumni.

Degamo helped coordinate LHES’ 75th anniversary in 2013 along with then-principal Pierce Myers and athletic director Roderick Sumagit, and plans on holding an event every five years to bring all classes together. The next one is scheduled for 2023 to mark LHES’ 85th year.

“We want all classes to come back in full force to hold their class reunion together, whether it’s a milestone year or not. They can all come back to reunite with classmates and schoolmates alike,” said Degamo.

He created a Facebook page for LHES alumni to connect and make plans with each other, which has grown to more than 500 members.

Degamo acknowledges that it’s a special opportunity for all alumni to celebrate LHES as one. “As our alma mater says, ‘love and loyalty forever.’”