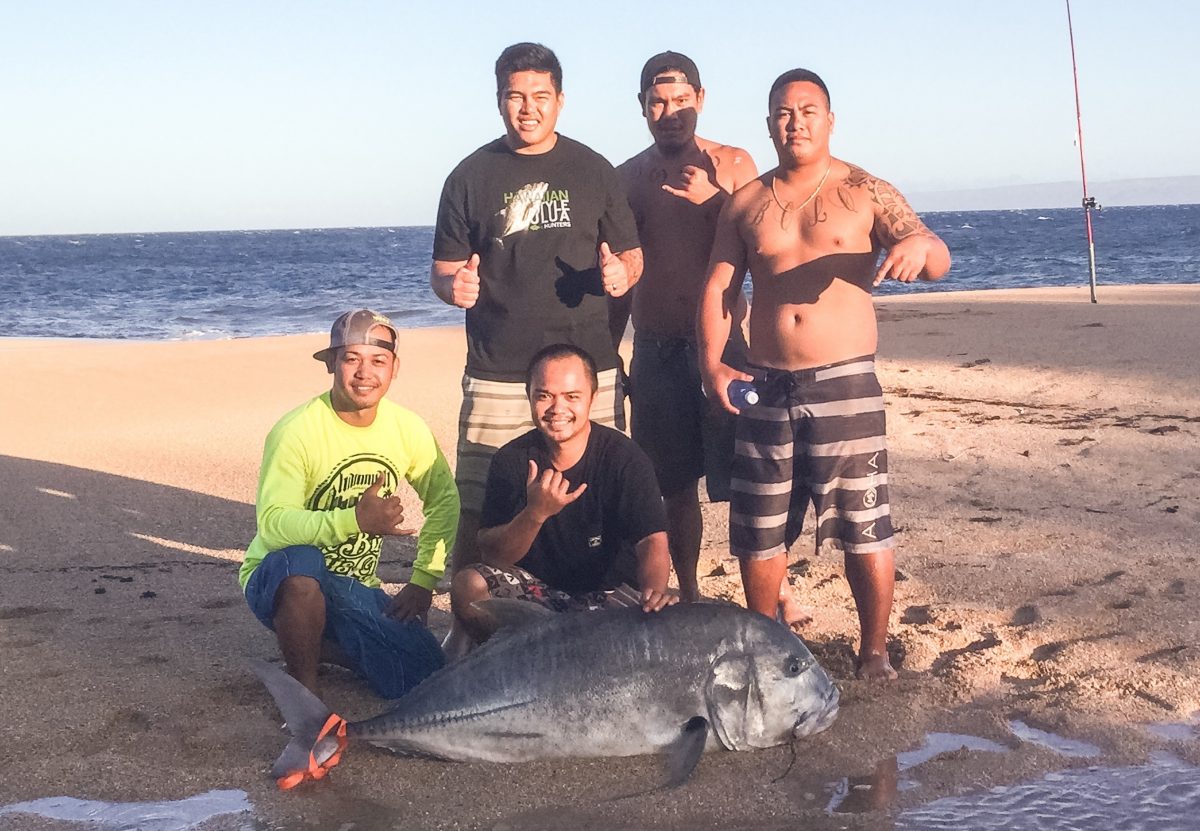 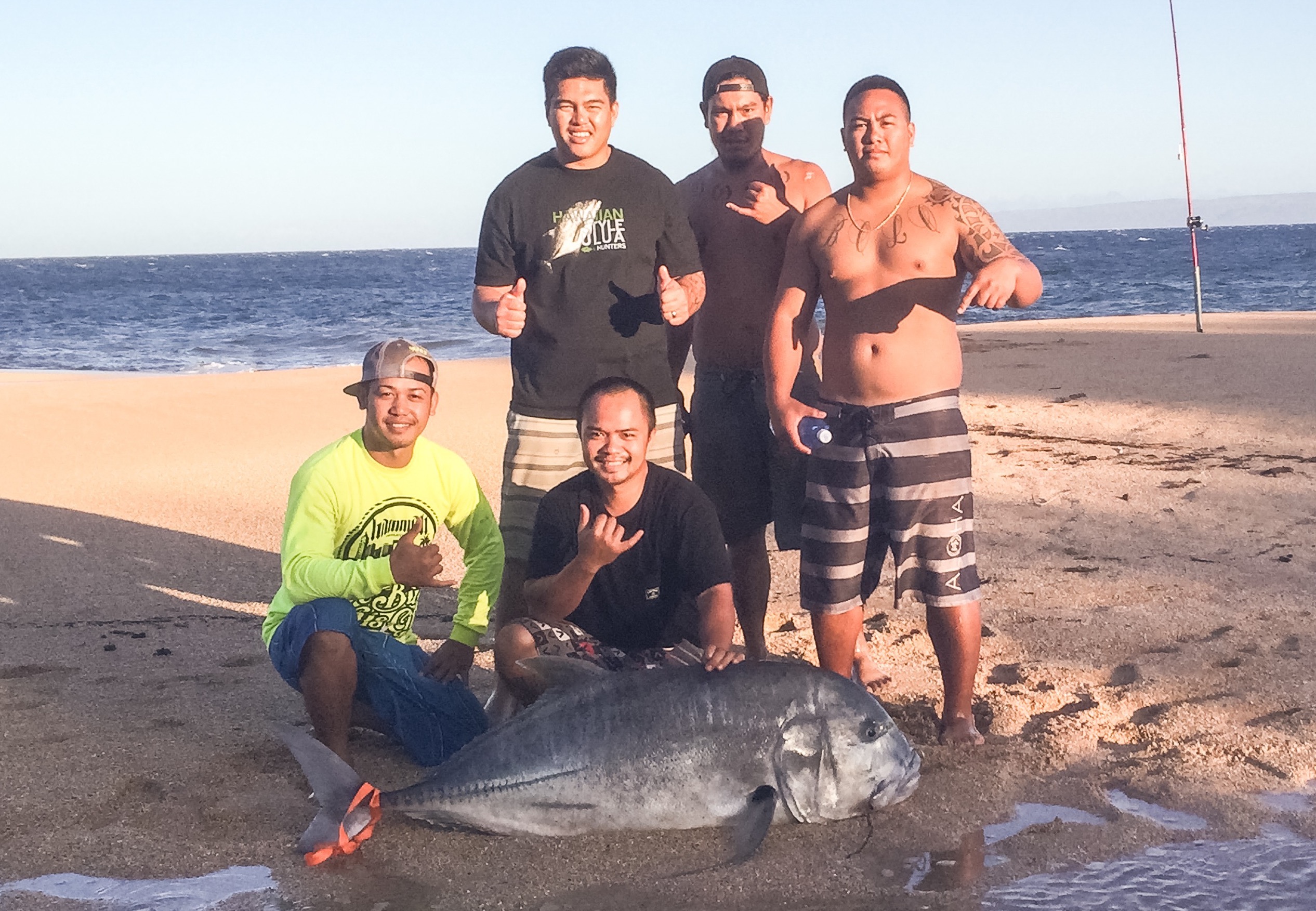 Marcom Pascua, Lanai Cycles owner and Lanai City Bar & Grille bartender, never thought he’d be a part of the 100-Plus Club. That is until he spent nearly an hour battling and finally reeling in a 110-pound ulua last September.

His biggest catch put him on the list of elite fishermen recognized by Hawaii Fishing News for landing a giant trevally weighing more than 100 pounds.

For Pascua, and for many others, ulua fishing is more than a pastime. It’s a cultural tie, connecting the fishermen of today to their ancestors.

“Generations of people would go to the shores to catch this huge beast of a fish,” Pascua said. “Ulua fishing is where it all starts, way back when.”

Philip Bolo, another accomplished fisherman on Lanai, also caught his last ulua in 2016. For both men, fishing is about much more than just bringing in a trophy catch.

“Fishing is all about hanging out with your friends,” said Bolo. “If you do get to catch an ulua, it’s the highlight of the trip.”

Many different types of fish in the sea

Because a prized ulua can be hard to come by, both Pascua and Bolo usually go after different types of fish.

“Menpachi, you only catch at night. We use an artificial bait that glows in the dark, and you shine your light on it to get their attention,” Bolo explained.

“Or, you can go plugging for omilu.” He uses a surface popper or hard-bodied fishing lure to bring in these trophy fish, a smaller cousin to the ulua.

Bolo prefers shoreline fishing. He and his friends have their favorite spots along the cliffs and shores of Lanai.

Since joining the 100-Plus Club, Pascua has shifted his focus to a different kind of challenge: spearfishing. He describes free diving at depths of 50 to 80 feet like entering another world, where he must use his skill and tricks of the trade to lure the fish closer.

For example, when hunting uhu (parrotfish), he may mimic the sound of the fish eating coral or stir up the sand. Other fish Pascua seeks out with his speargun include mu (porgy), uku (snapper) and kole (yellow-eyed surgeon).

“Mu is one of the smartest fish in the Hawaiian ocean,” Pascua said. “It’s considered a trophy fish, not because it’s big, but because you have to work for it. Sometimes you have to do tricks to get them to come close to you.”

While spearfishing is a favorite pastime for Pascua, it isn’t just about catching the biggest fish. He sees it as a way to put food on the table for his family. On a good day, he’ll bring home his catch to fry up, steam or bake, depending on the fish.

“Fishing and hunting are staples of our culture and we’re trying to keep it alive. We still live off the land, provide for our family this way,” Pascua said. “It’s not just a sport for us.”

Bolo agrees. “The important thing is enjoying your time out there, and the best part is sharing what you catch with family and friends.”