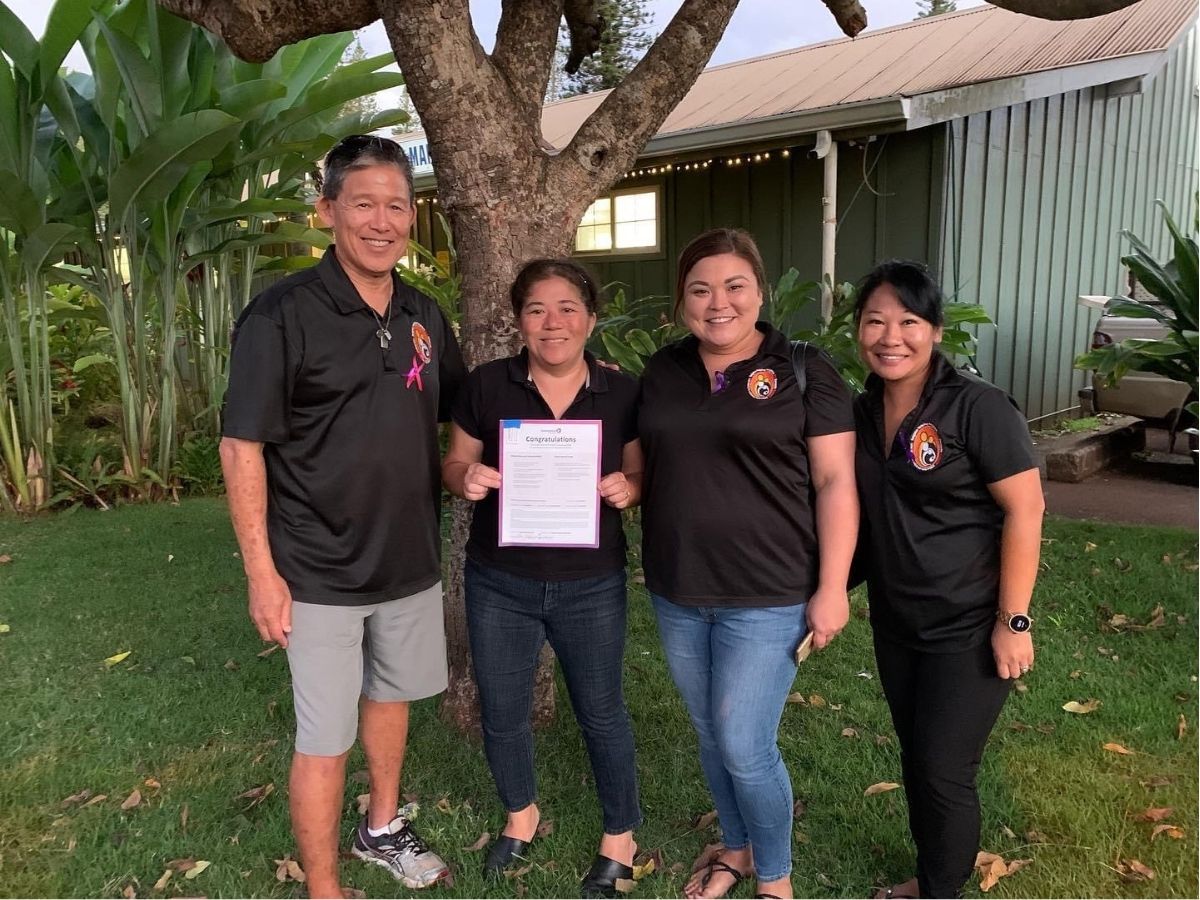 The United Nations has reported an increase in domestic violence worldwide, with cases believed to have increased by 20% during the lockdown. The Lanai Domestic Violence Taskforce are doing what they can to ensure Lanai doesn’t follow that trend.

“In a small community, domestic violence is not necessarily talked about, but it exists,” explained Kelli Gima, a member of the Lanai Domestic Violence Taskforce. “Our goal is to have a variety of volunteers and stakeholders in the community who are passionate about educating others on this issue.”

The taskforce started in 2002 after community member Beverly Zigmond realized that the island needed more services to help those experiencing domestic violence (DV). While our community’s resources have since expanded, the taskforce plays a valuable role in spreading awareness and uniting various Lanai stakeholders.

The group’s role is more critical than ever. Most domestic violence incidents are not reported, and COVID-19 has only worsened the problem. People are more isolated, and since many children are no longer regularly attending in-person classes, there are fewer opportunities for observations or reporting.

Through her role as a child and adult protection specialist for the state of Hawaii, Gima has witnessed firsthand how DV can tear families apart. Helping others escape unsafe situations is part of her day-to-day work, but she also sits on the taskforce as a person invested in the well-being of her community.

“It’s a community issue, and it does impact everyone,” explained Gima. “Everyone who sits on the taskforce wants to see a better response and spread awareness.”

Before the pandemic, the group hosted in-person training, fundraising, sign-waving, and hosting booths at community fairs. Now, the taskforce has had to move online to raise awareness.

Each month, the group also works with the Maui Police Department, Women Helping Women, and Parents and Children Together to dispel misconceptions and gather information on incidents and temporary restraining orders. This data helps the group identify trends and community needs, which can guide education.

Despite the growing understanding of this issue, Gima says that misconceptions still exist. Some people believe that domestic violence is a personal issue, or that it’s just physical, or that victims can choose to leave an abuser. In many situations, and especially on an island, this is not the case. In addition to physical abuse, DV can be financial, emotional, stalking, and verbal. Abusive relationships are complex, and those trying leave might experience threats, intimidation, shame, love, or feel that they have nowhere else to go — in fact, the leaving period can be the most dangerous time for a survivor.

Get involved, save lives

As individuals, we can all play a role in stopping DV by reporting suspected cases to the police department. In a small town, neighbors or friends are sometimes concerned about meddling in someone else’s issues, but those who witness or suspect DV can report it and remain anonymous. “You could be saving someone’s life,” explained Gima.

Ultimately, the group wants to end domestic violence on Lanai completely. It starts with having a coalition of volunteers on the task force from a variety of backgrounds. More volunteers are needed, so anyone interested in joining the task force can contact Kelli Gima at kelligima@gmail.com.