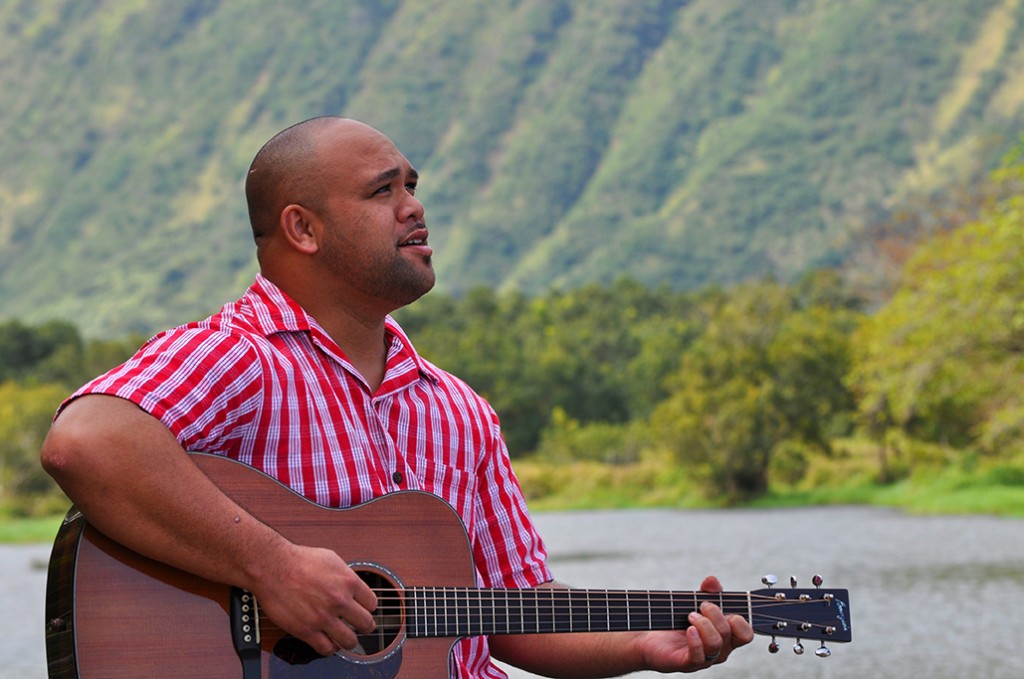 The benefit concert for the Lanai Culture & Heritage Center on June 3rd is personal for Kuana Torres Kahele. Even though Kahele has fans around the world, his heart is never far from Hawaii.

Kahele’s upcoming concert at the Four Seasons Resort Lanai will feature songs from his new album Music for the Hawaiian Islands, Volume 5. It is the latest in a collection of albums by the musician that pays homage to Hawaii. This album is a tribute to the people and culture of Lanai.

According to Kahele, he first visited Lanai several years ago when he attended a hoomau concert. Lanai reminded the musician of his home on Hawaii Island.

“I’ve been fortunate to come back to Lanai many times, and I’ve developed a deep connection to this island and to the people of Lanai. There is an untouched history here that is awe-inspiring. When I close my eyes, I can see our Hawaiian ancestors,” said Kahele.

When Kahele was ready to work on his latest album, he came to Lanai and immersed himself in every aspect of the island. He spent time talking with Lanai families, as well as listening to stories about the island’s culture and community.

Kahele was so inspired that he wrote 11 songs about Lanai – five of those songs were completed before he even left the island! The songs are written specifically for hula, and the album celebrates the ‘āina (land), mo‘olelo (history) and ‘ohana of the island.

Music as a gift to Lanai

Kepa Maly, executive director of Lanai CHC, sees Kahele’s recent album and the upcoming benefit concert as a gift to the island.

“Hawaiian music is a language of the heart and soul,” explained Maly. “The composition of mele (songs) as gifts to the living environment, cherished places and people is a long-held tradition. The gift of Kuana’s music for Lanai gives new life, mele and hula to our island home.”

According to Maly, the benefit concert is also a gift for present and future generation on Lanai. That’s because proceeds from the concert will support heritage programs at Lanai CHC.

An accomplished and well-known musician

Kahele has performed on Lanai a number of times, and his concerts are always exciting for residents and guests of the island. He is one of the most successful and beloved Hawaiian recording artists of all time. The four previous albums in his Music for the Hawaiian Islands series debuted on the Billboard World Music chart. Kahele’s global popularity reached new heights in 2014 when he voiced the lead role in the Disney/Pixar animated short film Lava.

“Visiting Lanai always means so much to me,” said Kahele. “I’ve been blessed to collaborate with the Lanai Culture & Heritage Center and perform on the island several times. Nothing else is quite like Lanai. Mahalo to the people of Lanai for making me feel like one of their own. They will always have a special place in my heart.”

In addition to Kuana’s benefit concert, there will be cultural programs and workshops at the Four Seasons Resort Lanai on June 3-4.