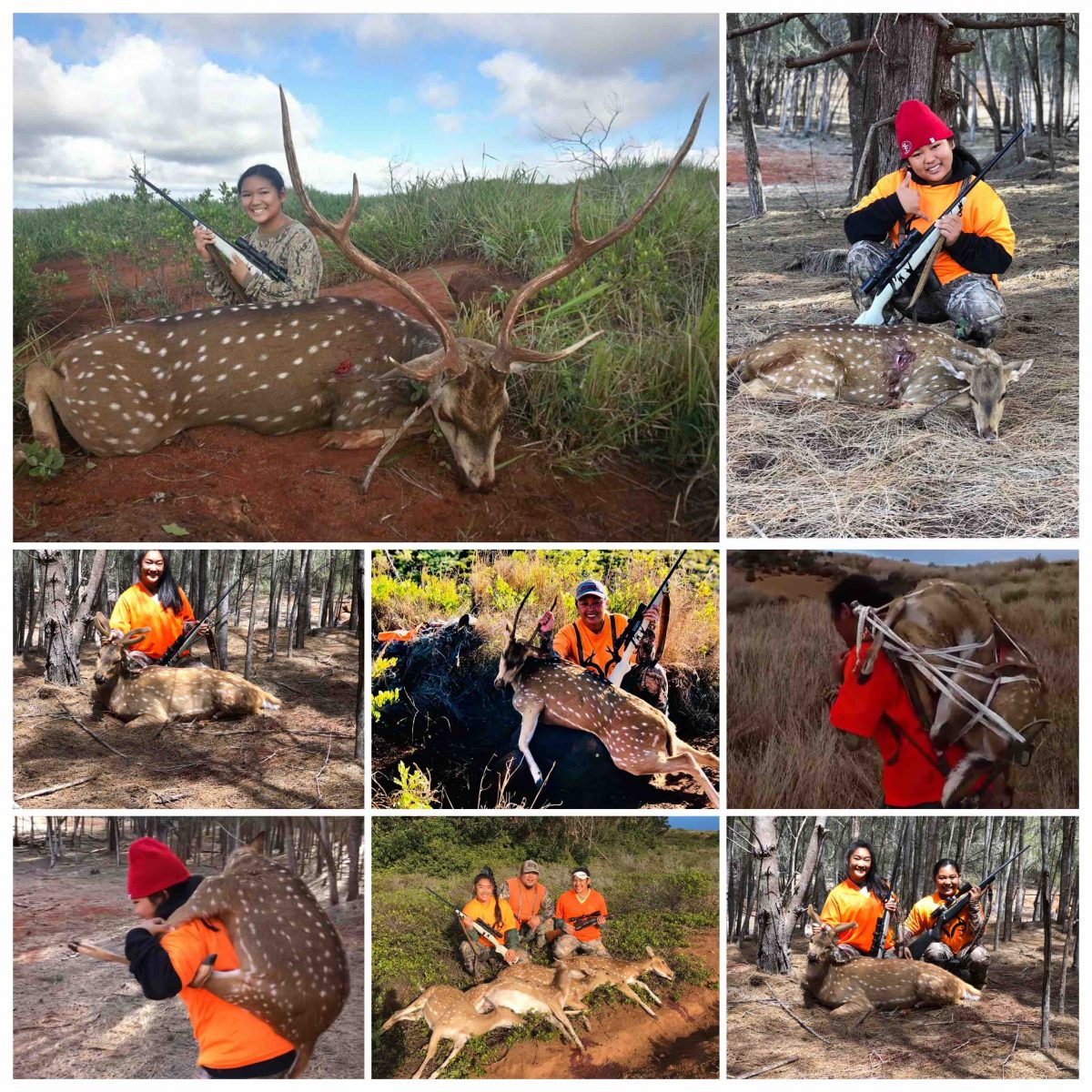 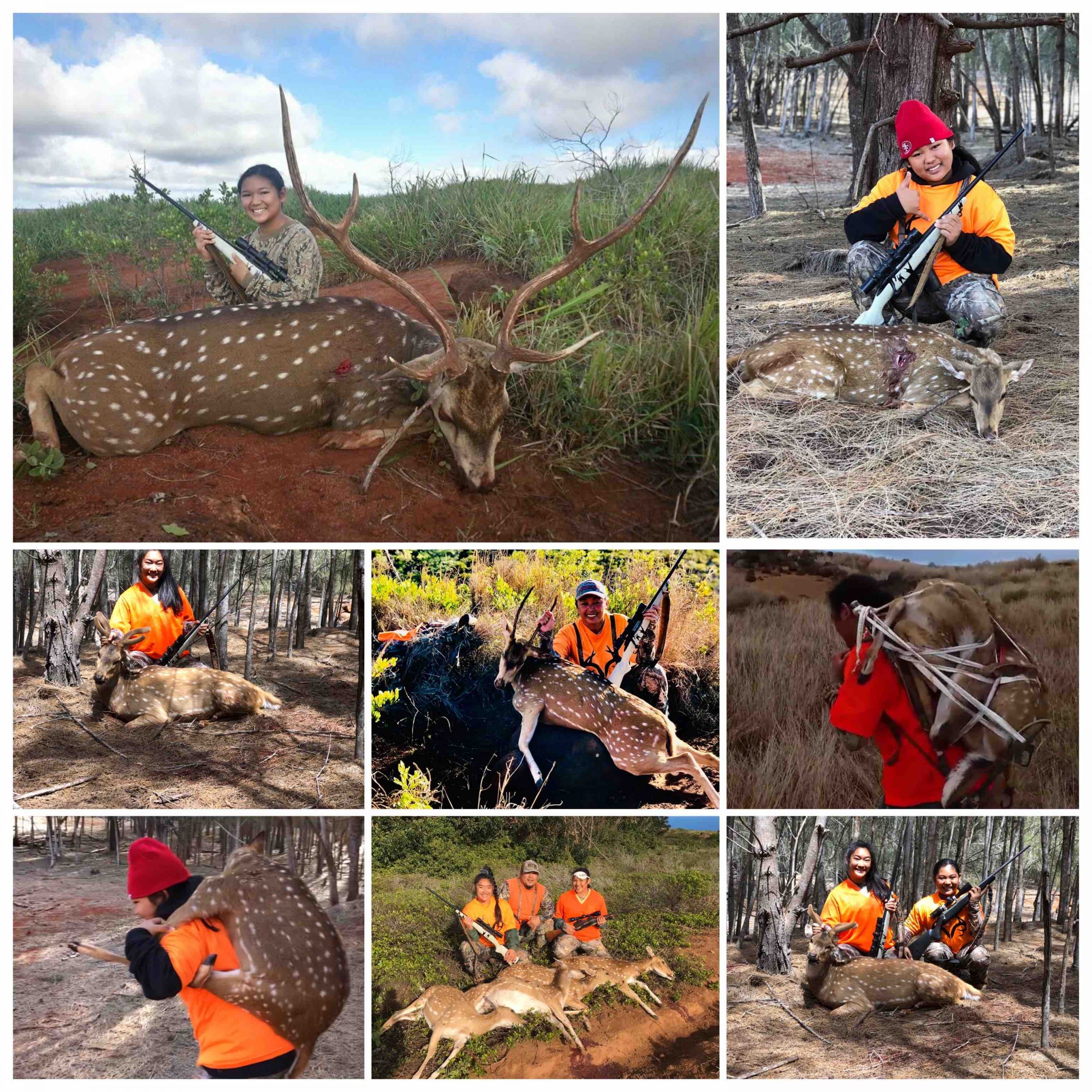 “I remember the first time I shot a deer,” recalled 14-year-old Talia Agliam. “While we were cleaning it, Uncle Macky told me, ‘Here then, eat the liver.’ I thought he was joking until my dad repeated it.”

For Talia’s family of hunters, eating the liver of the first deer you shoot is tradition, so she gulped down a piece and washed it down with her Hawaiian Sun juice.

All in the family

Talia and her two sisters, Giyana (age 16) and Kimora (age 11) started hunting as soon as they became eligible to take the certification test at age 10. Their mother, Regina, started hunting in 2003 after receiving encouragement from her husband, Brandon.

Under the guidance of their parents, the girls took a liking to the sport. Every year, they participate in the annual resident and state hunts as a family. The younger ones also join in on the youth hunt held each year in March.

While hunting is often thought of as a male-dominated sport, the girls say they have never been treated differently because of their gender. “People think it’s only for boys, but anything boys can do, girls can do too,” Giyana stated. They have other female friends on Lanai who have taken up the pastime as well.

Everyone in the family packs their own axis deer or mouflon and the girls get down and dirty as they wait for their opening and pack their prize. The girls say hunting has taught them patience and observation skills.

Venturing out onto the hunting grounds with their family allows them to experience new and secluded places on the island and learn about the environment. It also enables them to take home a bounty of delicious meats. After a hunt, the Agliam family cuts up their game and saves it for teriyaki-style hamburgers, deer jerky and sausage.

Talia has advice for other girls who might be interested in hunting. “Don’t let the thought of it being such a male-dominated sport discourage you from trying it.”

Giyana added that it’s not only about coming home with meat, “it also makes really good memories and fun family bonding.”

Women who want to get started must complete a basic Hawaii Hunter Education course and then apply for a hunting license from the State of Hawaii.