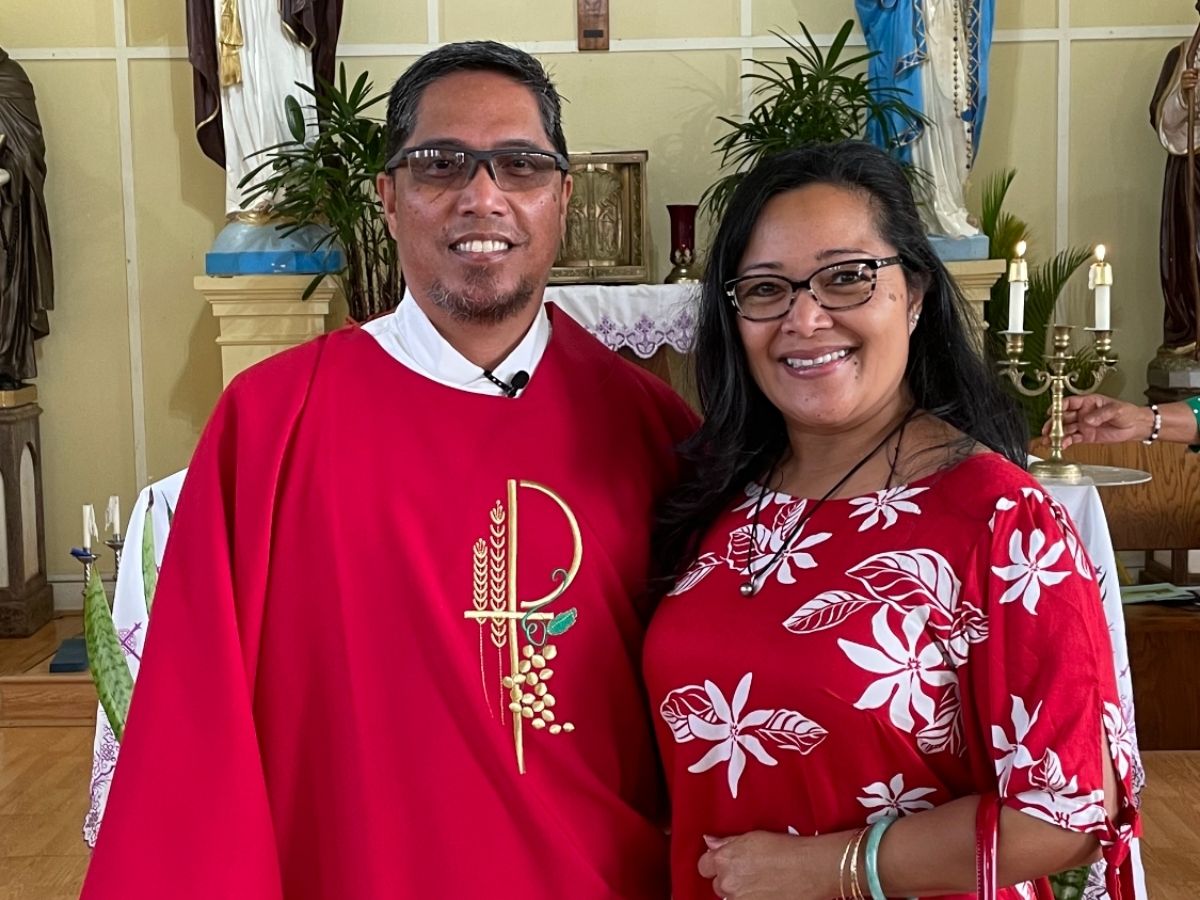 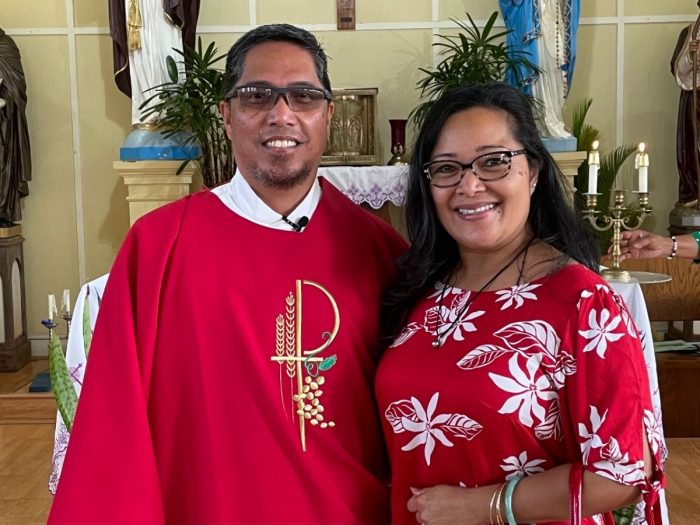 Henry Costales just completed a transformative journey that was years in the making. He is not only Lanai’s newest deacon, but also the island’s first and only one since the Hawaii Catholic Church started to ordain deacons in December 1981.

Every second week of each month for the past five years, Henry and his wife Divina flew to Oahu to take part in rigorous academic study and training, called formation — a long journey to permanent deacon ordination. Deacons are members of the church’s three holy orders, aiding priests in their parish. Duties include being a Herald of the Gospel, bearing witness to marriages, performing baptisms, and presiding over funeral and burial services.

Dedication to the Long Journey

Although Henry was raised Catholic, he didn’t become affiliated with the church until he had his children. “When our kids were growing up, we decided that we needed to instill faith in them, so we started going back to church,” Henry explained. As his and Divina’s relationship with the church grew, he began searching for a way he could serve. In 2016, during the Catholic Church’s formation weekend, he learned how he could make a difference as a deacon.

His desire to pursue this path stemmed from a wanting to help others in the community reconnect to the church and faith. “I realized that in order for me to help families, I would need to get educated about the church and the teachings of the church,” explained Henry. “I thought it would give me the background needed to help other families fall in love with the church.”

After Henry was accepted into the Permanent Deacon Formation Program, he started his intensive study and trips to St. Stephen Diocesan Center on Oahu every month. Divina was also required to accompany him and was a part of the journey. The trainings revolved around studying and learning how to teach, guard, and bear witness to and serve the holy mother church through the example of their lives and their ministries of work, service and charity.

The experience and time spent together brought the members of his cohort together. The 13 men came from across Hawaii and were named Cohort 9 since they were the ninth deacon formation class for the Diocese of Honolulu. “The study created an unbelievable bond, like a brotherhood,” Henry explained.

Helping Others Get Connected

Even with his expanded role within the church, Henry still works full-time for the county of Maui as a heavy equipment operator. His children are grown, so it’s a bit easier now to balance work, church and family life. It also helps that his wife is very involved in the church as a liaison for the food pantry and leads Bible sharing.

Deacon Henry wants to help others who are interested in deepening their faith, learning more about Catholicism, and those who are looking to return to the Catholic church. Please visit www.sacredheartslanai.org, or reach out to Henry at hcostales@rcchawaii.org or members of the Parish Pastoral Council to get involved.