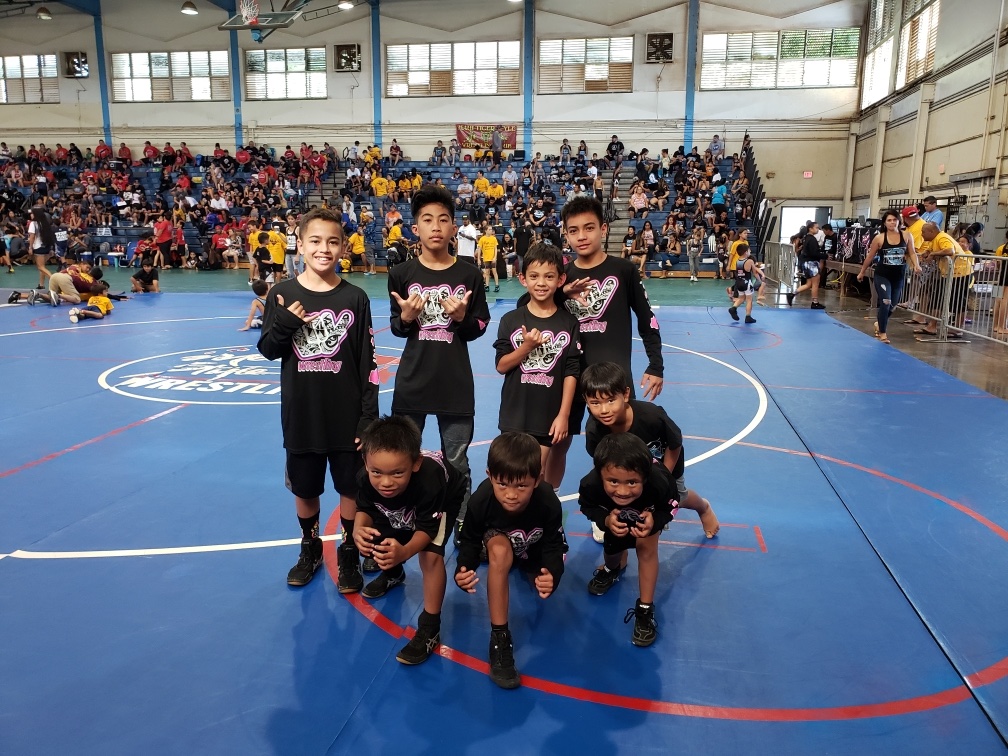 Jesse Del Rosario grew up wrestling on Lanai, so when it came time for his own sons to get involved with sports, he was proud to see them follow in his footsteps.

“When my kids went to high school, the coach for the wrestling team was also my former coach, so I made my kids try it for a year and they fell in love with the sport,” said Del Rosario.

Wrestling became a family affair. His two eldest sons wrestled throughout high school and in college. Wrestling even took his son Tavian to Sacramento City College and then to Dickinson State University in North Dakota, where he is currently completing his degree and wrestling for the Blue Hawks.

Back to the mat

About three years ago, Del Rosario decided to get back to his wrestling roots. He started coaching youth wrestling as a way to give back and continue with the sport that had such a big impact on his family.

While the numbers fluctuate each year, this year’s wrestling club has 11 kids. Del Rosario says that at least three to four girls come out every year to the co-ed club. High school kids also participate to keep up endurance and improve techniques during the off season.

Wrestling is tough to do and difficult to coach — it’s a one-on-one full contact sport. Because of the difficulty, mastering techniques can prove to be especially rewarding. Del Rosario says he hopes the club can help kids “develop more confidence in themselves. Especially coming from a small town, it’s important to teach kids that they can accomplish big things anywhere.”

The young wrestlers have been able to accomplish big things off island. In past years, the club has traveled to neighbor islands, including Maui for the Hawaii State Tournament, and as far as Pocatello, Idaho, for the Western Regional Nationals Tournament.

Coaching is a common way for people to give back on Lanai. Many of Del Rosario’s coworkers at the Pulama Lanai Culture and Preservation department volunteer for different youth sports.

“It’s kind of cool, everyone from our office is involved in some kind of activity,” said Del Rosario.

His  youngest son Diesel, who is now 13, has been training in wrestling since he was four. Del Rosario imagines wrestling will be a part of his life for years to come. Coaching the next generation of wrestlers helps him pass his passion for the sport along to even more keiki on Lanai.