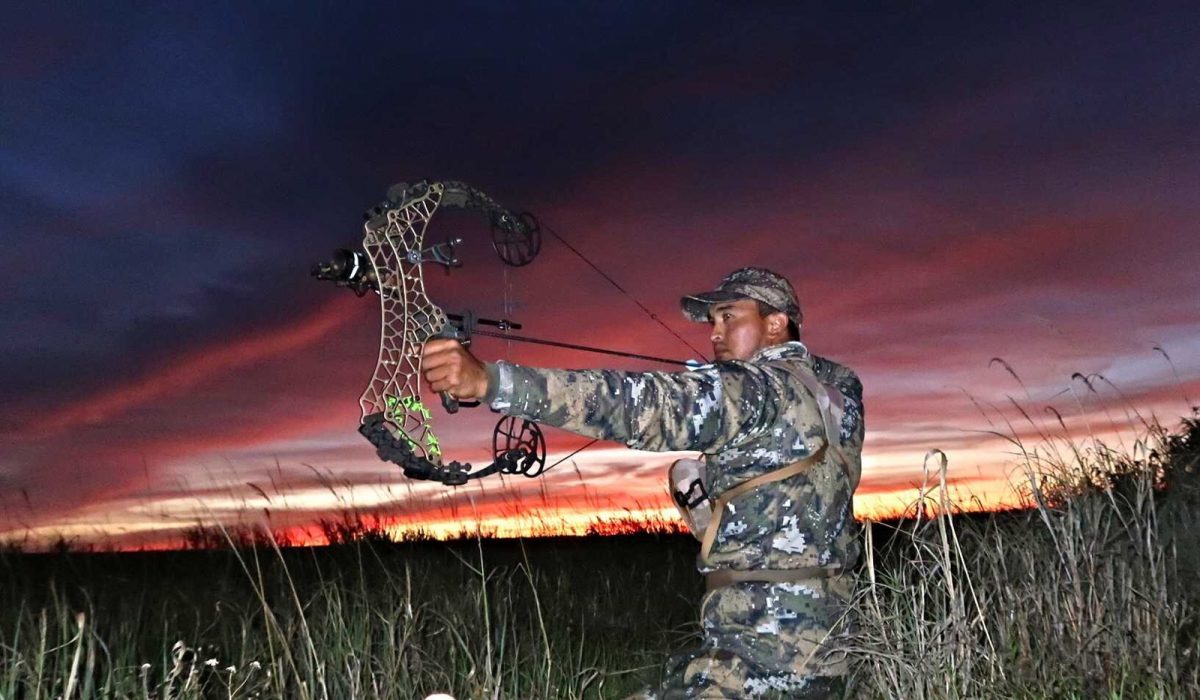 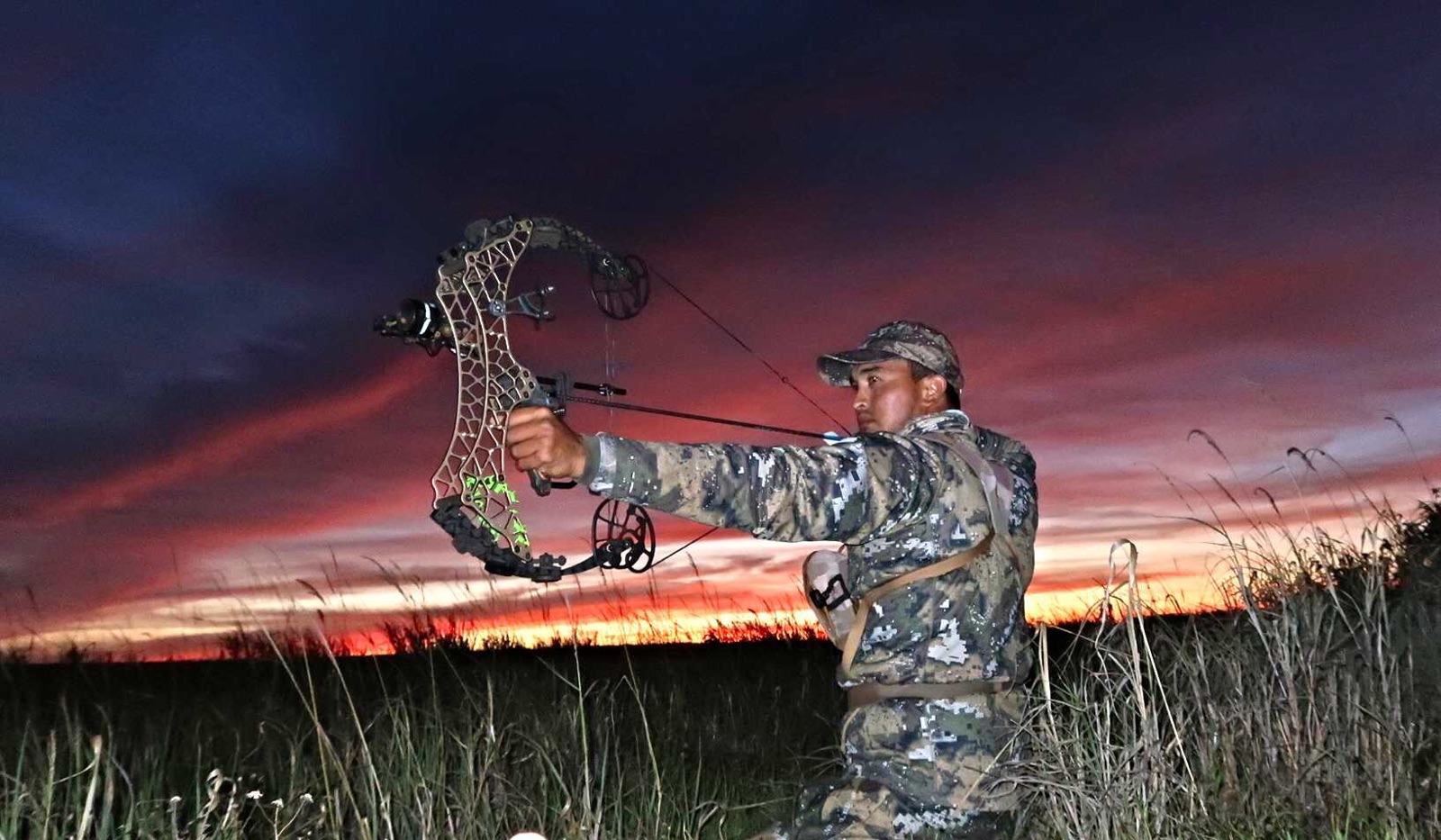 Hunting is an age-old pastime on Lanai. For generations, residents have hunted for sport, as a source of food, and as a way to control the island’s population of axis deer and mouflon sheep.

While most hunters use a rifle, hunting with a bow is a challenging and rewarding alternative. Just ask Jayson Medeiros — he’s been bow hunting for more than 20 years.

Up for the challenge

Like many on Lanai, Medeiros learned how to hunt as a child. “My dad brought me in the outdoors. He taught me more than just hunting, but fishing, diving, hiking in the mountains,” he recalled. “It’s about conservation, learning how to protect the land, providing for your friends and family.”

He started with a rifle, then graduated to hunting with a traditional longbow. “Archery is very hard,” Medeiros said. “Axis deer is one of the hardest animals to hunt, especially with a bow. Their senses are unreal, and they’re very skittish. Most people are into rifle hunting because it’s easier, faster, and more of a guarantee.”

Despite the difficulty, Medeiros estimates there are between 100 to 200 archers on Lanai alone. Most use a compound bow, which provides greater speed, accuracy and power. Even with more advanced gear, it’s common for hunters to end a hunt without bagging a single deer.

Medeiros doesn’t just hunt to put food on the table, though that is a powerful motivator. He views archery as a sport, one that requires discipline and patience.

His passion for archery extends to teaching. He’s already shown his young son the basics, and he used to run an archery program at Lanai Youth Center, which he plans to bring back in the near future.

At Lanai Youth Center, Medeiros taught students how to shoot, but also focused on the ethics and safety of bow hunting.

“It’s not about the kill. You can go into your backyard and shoot targets for yourself,” he explained.

No matter where you are, Medeiros emphasizes that safety is a top priority.

“I see people nock their arrow [fit the arrow against the bowstring] and start walking around. Once you nock that arrow, you are ready to fire. Any other time, leave your arrow in the quiver.”

Medeiros also cautions new and experienced hunters to always be aware of their target, especially when they’re on a hunt. Bow hunters aren’t required to wear safety orange in the archery area, making them less visible. “When you’re on a hunt, know what you’re shooting at,” he said. “Get a clear view of the animal and what’s behind it before you take a shot.”

Later this summer, hundreds of archery enthusiasts will join Medeiros in participating in the state’s archery-only Lanai mouflon sheep hunt. The weeklong event (July 28–Aug. 4) attracts between 300 to 400 archers, some traveling from the mainland or overseas for a chance to hunt on Lanai.

“I’ve met guys from Vegas, Philadelphia, all over,” Medeiros said. “There’s a lot of camaraderie between bowhunters.”

Medeiros doesn’t just look forward to archery week as a chance to hunt. He organizes an annual archery tournament held the day before open season, complete with a walk-through course featuring 3D targets. Best of all, the tournament donates the proceeds to a community member in need.

Stay tuned for more information on the archery tournament, and visit Hawaii Division of Forestry and Wildlife — Hunt Lanai for application information and open hunting days.