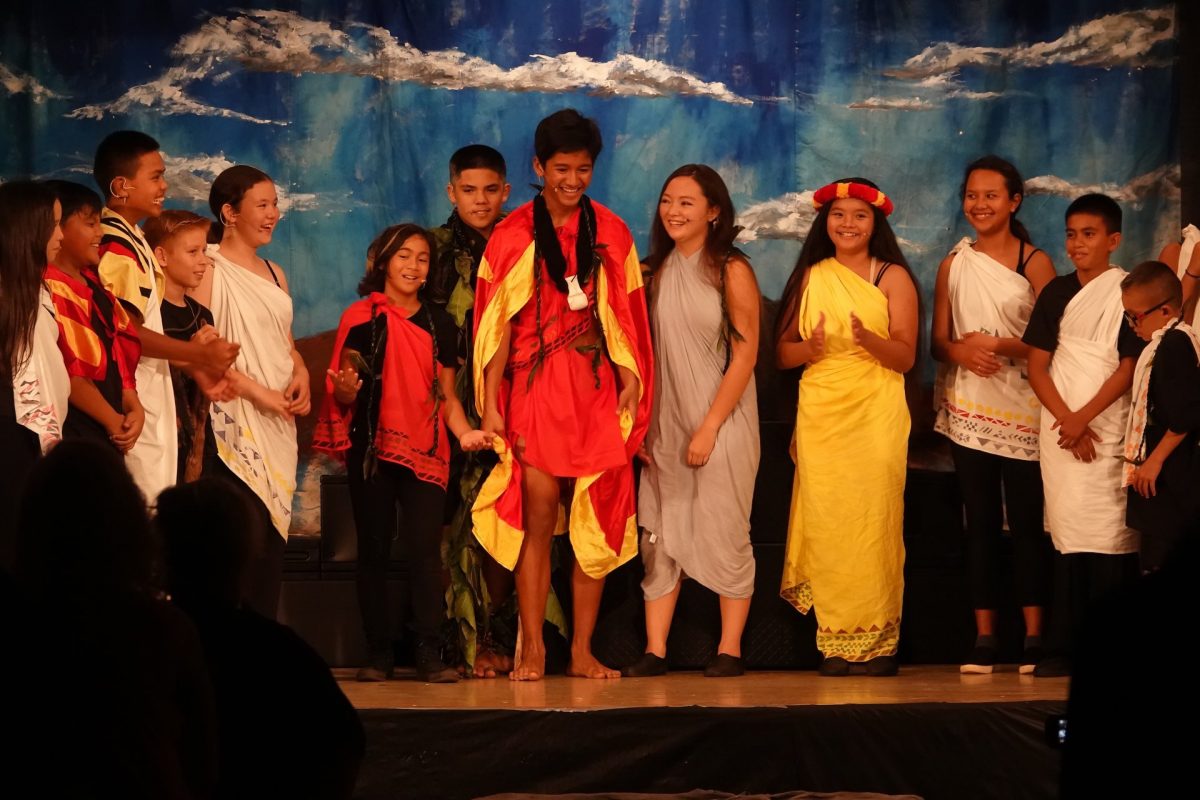 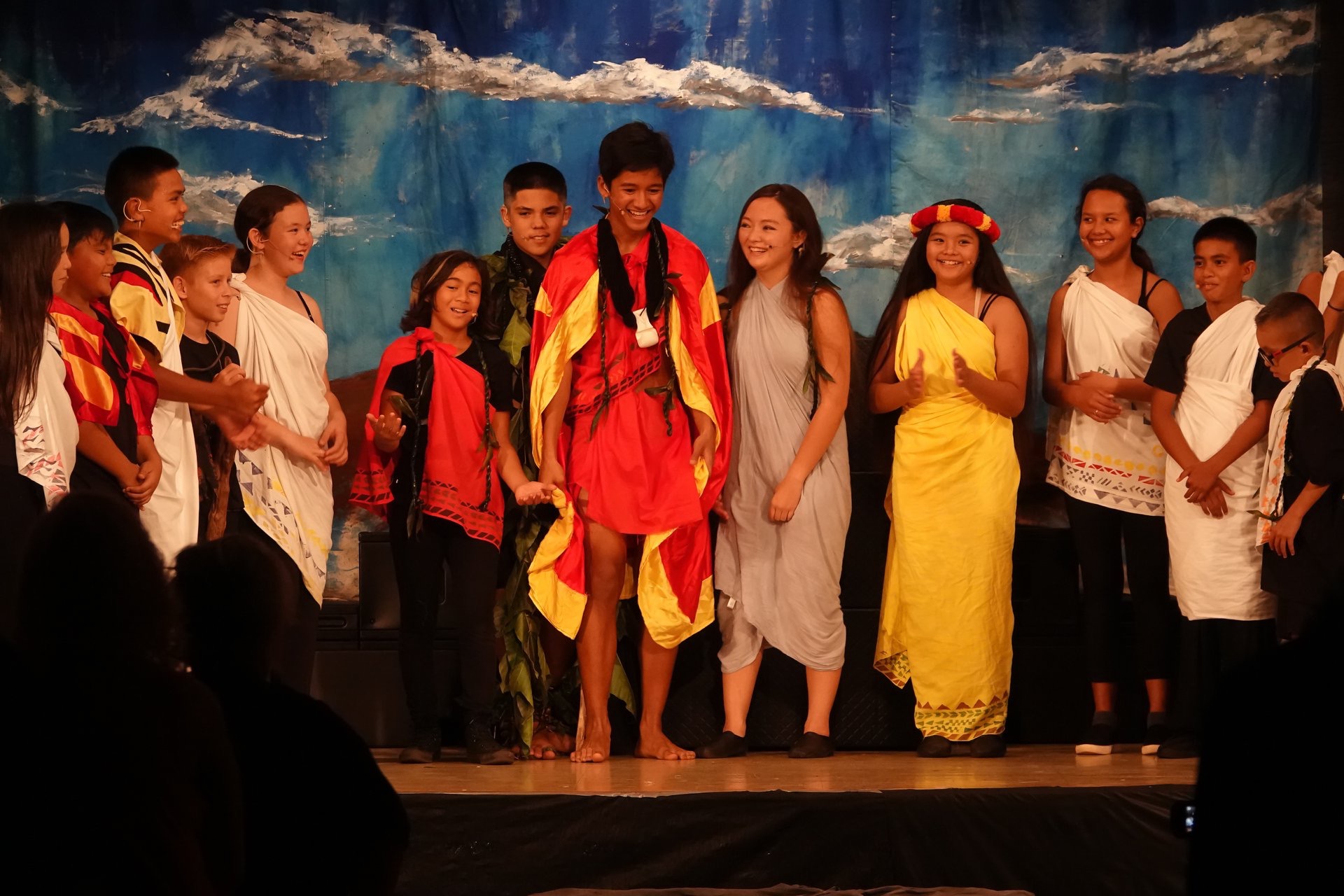 After years of preparation, the musical Day of Conquest: A Story of Kaululaau debuted on Lanai with four performances from the Lanai Academy of Performing Arts. The show starred Cash Atacador as Lono, Kamiko Shimokawa as Pahulu, Nathaniel Amby as Kaululaau and a cast of LAPA actors.

Simon Tajiri and LAPA musical director Matt Glickstein wrote and directed the play, loosely based on a newspaper series in Nupepa Kuokoa created by W.N Pualewa and on Lanai kūpuna interviews by Mary Kawena Pukui from 1963.

The story begins when the rebellious young Kaululaau is banished to Lanai for pulling up breadfruit and kalo and must learn to rely on the island’s resources to survive, all while battling dangerous spirits along the way.

The Road to the Stage

When he first began drafting the play, Tajiri would visit LHES and tell the stories to elementary students, taking note of what parts the kids responded to. From there, he met with Glickstein to adapt some of the stories into songs. The duo sought feedback from community members as well as people from Maui to see how they understood the story.

Adam Beckwith and filmmaker Anthony Pacheco also collaborated on the script, offering feedback and ideas for improvement. Student director Adam Purdy spent many months working with the keiki on workshopping each scene. The team encouraged the actors to add their own lines and shape the different characters.

“I wanted to give the kids a chance to have a creative relationship with the story, to make it their own. My hope was to grow their love for their island and their sense of kuleana as storytellers,” said Tariji.

After almost a full year of rehearsing with the students, the show debuted with well over 100 people in attendance for the matinee and shows each night. Both Tajiri and Glickstein were pleased with the outcome.

“I’m extremely proud of all of the hard work put in by everyone involved in this production, from the LAPA students, our team of staff and directors, and many Lanai community members who pitched in and helped in whatever way they could,” Glickstein reflected. “I’d especially like to thank my writing partner, Simon Tajiri, for taking the leap of faith and agreeing to work on this project with me…without him, this show would not have happened.”

LAPA hopes Day of Conquest can one day be performed on other islands or turned into an animation. Already, the LAPA students recorded an original cast album featuring musicians from Nashville, Ireland and Kauai, as well as Lanai’s own Pekelo Palisbo, and had the soundtrack professionally produced.

Tajiri says their new motto is “Haina ka puana,” meaning “let our story echo on.” He explained, “As long as I’m working with LAPA I want to emphasize our role as storytellers and the need for us to use our voice. When we creatively tell our own story, we inspire others to take ownership of their own stories, and through diverse perspectives, the strength, depth, color of our community.”

Visit lapa.hearnow.com to purchase the soundtrack on digital/streaming platforms. Limited quantities of physical CDs are available for purchase by contacting lanaiacademy@gmail.com. All proceeds benefit the Lanai Academy of Performing Arts (LAPA).