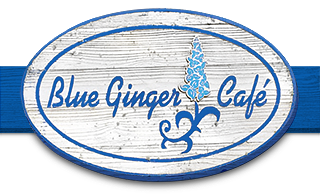 Step inside Blue Ginger Cafe around Dole Square, and you’ll be greeted like family, oftentimes by general manager Phoenix Dupree or his son, Kanoa. It’s fitting because Blue Ginger is a family affair. Phoenix’s mother, Georgia Keenan-Abilay, founded the restaurant with her late husband Joseph in 1991.

While Keenan-Abilay has since retired and left the day-to-day operations to her son and grandson, they’ve kept her vision for the restaurant alive. The homestyle cooking, the fresh-baked bread and pastries, the family-friendly atmosphere and long hours (they open earlier and close later than many restaurants, and are open 365 days a year) are hallmarks of Blue Ginger’s success that has kept the restaurant in business for more than 26 years.

Before she became a restaurateur, Keenan-Abilay had a long career in the hospitality industry, including at Kaanapali Beach Hotel on Maui. There she met Joseph Abilay, a dishwasher who eventually rose to executive sous chef at Kaanapali.

In 1991, Keenan-Abilay was tapped to help open Four Seasons Manele Bay, and the family moved to Lanai. Chef Abilay purchased Dahang’s Pastry Shop, a staple breakfast shop for plantation workers in the 1980s, and reopened the restaurant as Blue Ginger Cafe.

When Chef Abilay opened, he noticed that most restaurants on Lanai closed after an early lunch and that there were no dinner options apart from the resorts. He knew that to meet demand, he would have to expand the restaurant’s hours.

“Georgia and Joe knew that the way to build their business was to be open, even on holidays,” said Dupree. “They kept it open every day.”

Chef Abilay created a menu full of favorite local dishes such as Blue Ginger’s famous chop steak, which is so renowned that it’s been written about in the Honolulu Star-Advertiser. Other signature dishes include the hamburger steak, chicken katsu and fried saimin, all made from scratch using fresh ingredients.

“We make everything from scratch, and that makes our food taste good,” Dupree explained. “Everything is made to order. We make our teriyaki sauce, brown gravy, stir-fry sauce, macaroni salad. That really distinguishes us.”

Blue Ginger is known for more than its local menu, which has expanded to include healthy items like mahi mahi and stir-fry. The restaurant’s extensive selection of pastries and bread are baked fresh in-house every morning.

Blue Ginger’s signature apple and blueberry turnovers are loved by locals and coveted by neighbor island visitors, many who will stop by to pick up a box for omiyage.

The team of bakers even makes the hamburger buns, bread and croissants for sandwiches served in the restaurant. Freshly baked and beautifully soft, the bread gives a special touch to even the simplest sandwich or burger.

What keeps locals and visitors coming back to Blue Ginger is the friendly service provided by Dupree and his staff.

As the manager, Dupree wears many hats. He spends most days occupied with administrative and operational tasks, such as paying bills, picking up supplies, scheduling and marketing. However, he makes it a point to help out for breakfast, lunch and dinner rushes.

“I like to touch base with our guests and see new faces in the restaurant,” he said. “The personal contact is important, to welcome them and make sure they’re happy.”

Some locals who don’t cook at home might eat at Blue Ginger several times a week. “We’ve served them breakfast and lunch nearly every day, for more than 25 years. We have regulars who have become like our friends and family over the years,” Dupree says with a smile.

In that way, Blue Ginger truly is a family business.